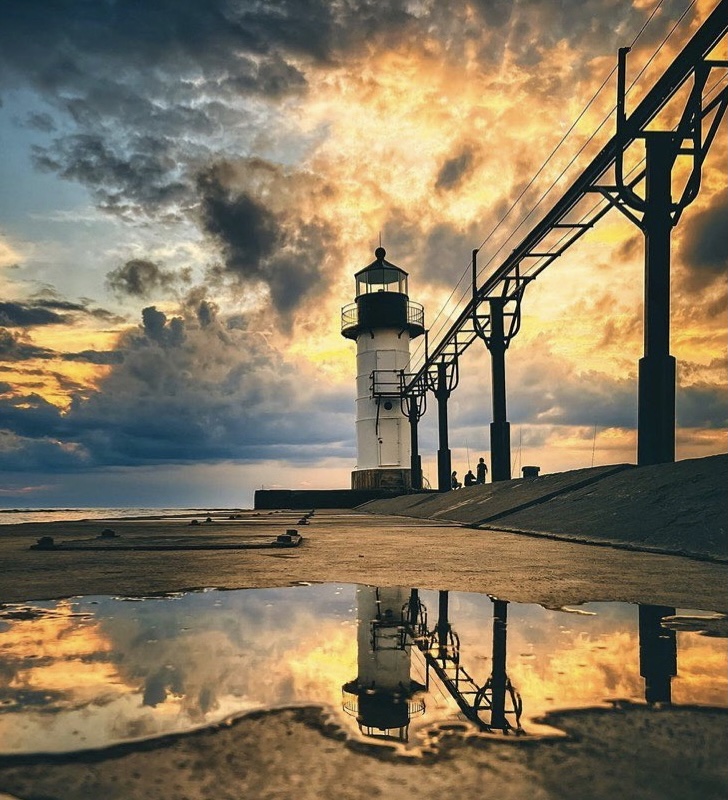 The shore of Lake Michigan

I take scorching hot showers for an embarrassingly long amount of time basically every night; I individually wash a multitude of dishes if I am too lazy to unload the dishwasher; and, if my water tastes stale, I regularly dump out the remains. And while I have been working to resolve these daily practices, I didn’t even recognize the issues in my actions until far too recently.

I have decided to start each of these series stories I have written by acknowledging that I know I am part of the problem. I absolutely hate when people write these call-of-action type stories without admitting they are a part of the problem; none of us are above change.

Nonetheless, I know I am not alone in this. It would be difficult to argue that many others similar to me don’t engage in the acts I discussed above, if not, most definitely similar scenarios.

With this, I would love to help put this incomprehensible reality into perspective.

Now, I used to think that when someone said “eat all your food plenty of kids are starving and would love to have it” literally meant if I don’t eat this there will be more food for these starving children. I’m not claiming that using less water here in Ada Michigan will provide more water for those in surrounding areas because unlike my seven-year-old self, I now understand that that, unfortunately, is not true. However, tasking you with putting yourself in their lives for just the day couldn’t do any harm now, could it?

To understand the convenience you may have in the accessibility to clean water, you must understand what it is like to live without it.”

No, I am not asking you to boycott clean water for the day, just to be conscientious. To understand the convenience you may have in the accessibility to clean water, you must understand what it is like to live without it.

The quality of current human life is not the only variable wastewater affects. Running the sink a few extra minutes may feel negligible; it likely won’t have a major impact, right?

It is averaged that a typical shower head uses 2.5 gallons per minute. So while those extra five minutes in the shower feel of eminent importance, they just pull from the resources we are already working towards depleting.

In all these prevalent resource consumers we see every day, we pull from the pool of natural resources we have that exist in a finite amount.

If any of my fellow AP Environmental Science classmates happen to be reading this, the depletion of a resource such as water can be blamed in some part by a common factor: the tragedy of the commons. If I don’t use it, someone else will.

In this lies the roots to basically all consumeristic problems and tendencies in modern-day society, yet that’s an issue for discussion at another time.

As simply as I can state it, we must stop posting so much blame on the wide-scale variables that play more of a part in the crisis of access to clean water, and depleting resources. Because while they are prevalent in the problem, many of us can’t pose much of an influence. To leave you with a resented elementary school saying, the easiest place to start is with yourself.