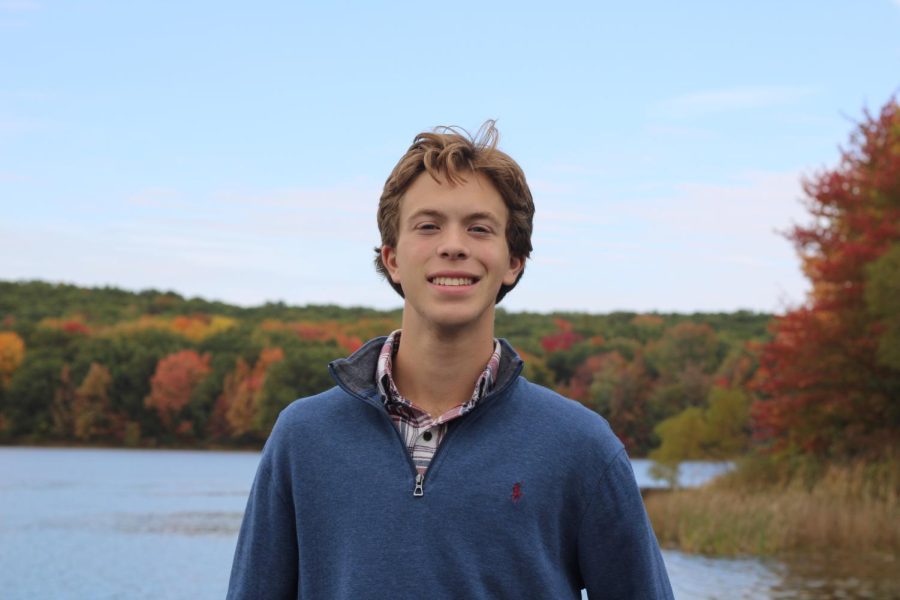 What was your reaction when you heard your name called?

“My initial thought was just how I was going to get around all the people in [the] bleachers, as I was sitting in the middle. However, my reaction then shifted to being honored as there are so many amazing people that were not recognized.”

“I think I was nominated because I’m very active, especially throughout fall. I do cross country and band, which I feel is a common trope for someone on court. Also, I participate in many clubs including Pickleball and Environmental.”

Who do you think should be nominated for court that isn’t already?

“Two individuals I think that should have been nominated would be [seniors] Megan Fox and Ethan Krampe. Megan is such a positive person and is kind to everyone she comes across. I also have to support my fellow cross country runner and music student with Ethan.”

Which spirit day is your favorite?

“My favorite spirit day is definitely Beach Day. I love to get really into the spirit days, and I have the most to work with Beach Day so it’s my favorite.”

What is your favorite Ranger Homecoming Week tradition?

“My favorite Homecoming tradition is the bonfire. We don’t have many late-night activities through[out] the school [year] besides football games, so any time there is something later, there is definitely a cool feeling that accompanies it. A close second place would be the lip sync and all the fun I’ve had preparing for it.”

If you had the chance to visit outer space, would you?

“I would visit the moon and maybe Mars if I had a chance, but anything further than that is a “no” from me. I don’t want to feel totally stranded from the rest of humanity if I go on a vacation.”