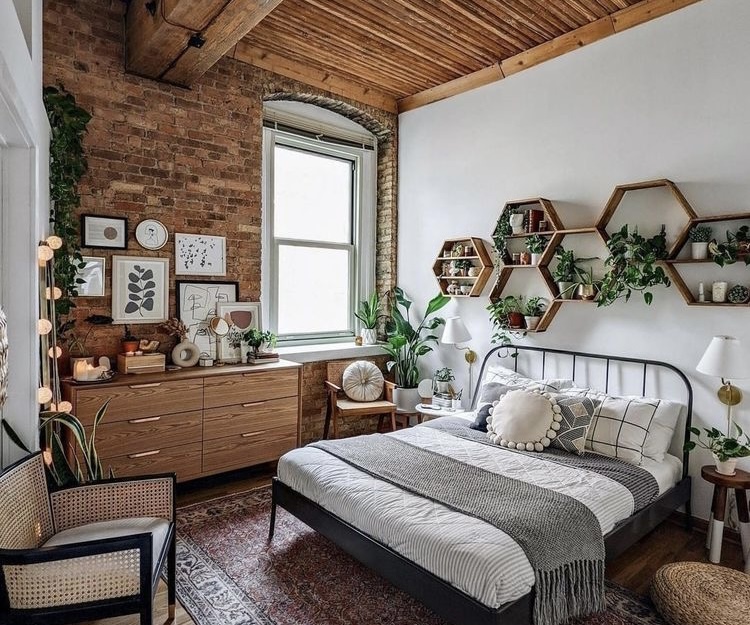 Whether students and teachers get eight hours or three hours of sleep, they know that rest is paramount

He devotes himself to this daily regime before school so that he can work out for basketball, as he is consistently trying to improve his skills. However, growing up, he was taught that a good sleep schedule is better for more than simply morning workouts.

“My mom used to say that sleep is so important,” Jonas said. “So for me, from recovery, [since] I’m always playing basketball, sleep is the biggest part of recovery for me. So I need a lot of sleep.”

Falling into this consistent sleep schedule has left Jonas feeling very refreshed in the morning, especially when he gets a good night’s sleep.

In comparison to when Jonas doesn’t sleep well at night, he explains that he tends to be more reserved and in a bad mood; he says that he isn’t himself when he doesn’t get enough sleep. To ensure that he has zero distractions while trying to fall asleep, Jonas puts his phone in a different room.

Thanks to his undeviating sleeping habits, Jonas is able to be his best self toward his classmates and give his best at morning practices.

“Sleep is the best thing that [has] ever happened to me,” Jonas said. “When you have a long day and you just go into bed and you sleep, it’s a great feeling.”

On the opposite side of the spectrum when it comes to stable sleep schedules, junior Noah Burke says that the time he falls asleep ranges from 11:00 p.m. to 4:00 a.m., and he wakes up at 7:15 every morning.

Noah has to balance schoolwork, house chores, and his MMA practices, while still trying to find time for himself. Unfortunately, that free time ends up being late at night. Because of this, Noah is noticing his lack of sleep affecting him throughout the day.

“A lot of the times on nights where I have a lot of homework, I stay up late watching something or just trying to fit in stuff that I didn’t have time for during the day,” Noah explained. “I’ll fall asleep a lot in [the] early hours of [my] day, and then because of that, I’ll do bad on quizzes and tests the next day. Math is my first hour, so I’ll fall asleep in math for one day, and then I won’t understand the lesson, and I’ll do bad [on] a test or a quiz.”

Noah has noticed that many of his peers struggle with getting enough sleep as well. He believes that the stress surrounding school and good grades is consuming their time to sleep with restless nights up studying.

Noah thinks that if he had a more consistent schedule set for himself, he would be able to get better sleep more often. However, when Noah does get a hold of a good night’s sleep, the next day feels unbelievable.

“You know, I just feel great [after a good night’s sleep],” Noah said. “Energy is just surging through my bones; nothing can beat that feeling, man.”

There’s so much going on in your lives, and then we ask you to wake up so early to come to school at 7:45 when you know you would be better off getting a little bit more sleep as teenagers in your developmental stage.”

Between having a consistent sleep schedule, like Jonas, and one that could definitely use some fine-tuning, like Noah, lies the middle of the spectrum, where art teacher Grace Stynes likes to put herself.

She tries to keep it as regulated as possible, but she says it is not perfect. However, she ensures that she gets enough sleep to be able to wake up and teach her students each day.

Stynes has seemed to have become an expert in what goes on in the brain while people are sleeping, and why people need to sleep so that the brain can carry out those functions. She explains that after a day of learning, the brain needs to digest the information it obtained throughout the course of the day. That is why if a student studies late into the night for a test the next day and gets little to no sleep, their brain won’t retain the information, and they will end up doing poorly on the test.

Stynes believes that the reason that students are studying so late into the night is because of all they have on their plates, which seems to be a common idea. Between multiple extracurricular activities and homework, students do not have enough time in the day to complete them all and still have time left for a decent amount of sleep.

“I feel like every time I talk to a student, they have a job and they have so many hours of homework and they have sports after school and they have siblings they’re helping to take care of and they’re helping out in the house and doing chores,” Stynes said. “There’s so much going on in your lives, and then we ask you to wake up so early to come to school at 7:45 when you know you would be better off getting a little bit more sleep as teenagers in your developmental stage.”

Stynes is known for being a caring and thoughtful teacher. She listens to her students when they need her help, and she is always willing to lend her advice to those who need it.

The hardest thing for Stynes to admit is that she doesn’t know how to help her students with this particular problem.

“We can say have a good routine that you’re in and try to get your homework done [during] the day,” Stynes said. “But if we continue to have a society where you have sports and jobs and activities and homework, then sleep is probably not the priority.”