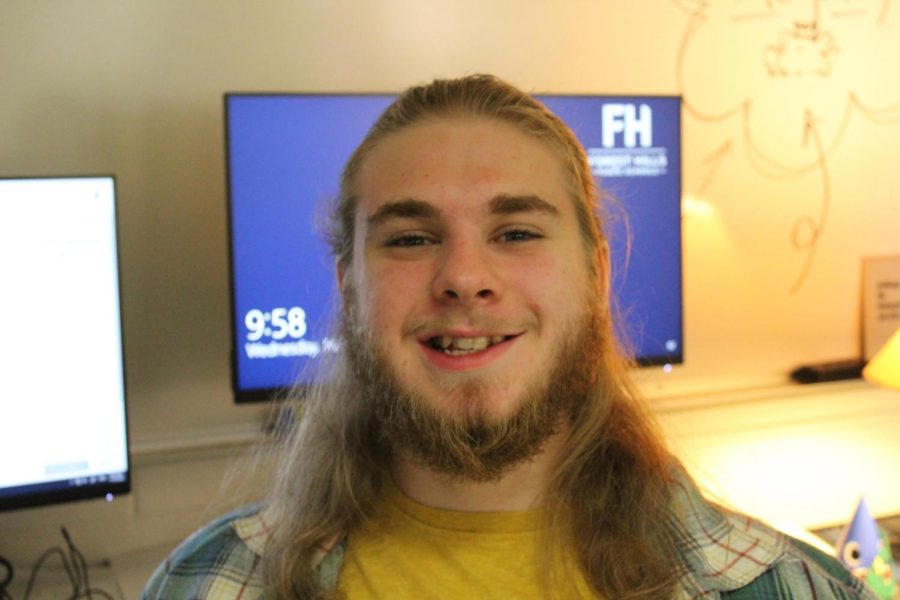 “I enjoy being in the play because it gives me a new creative outlet to put my energy into. It’s a medium that allows me a broad range of interaction with other artists and skills, so it makes for an enjoyable and rewarding challenge.”

“I decided to try out when I heard from some classmates in AP Lit. that auditions were being held for the fall play that same day. I hadn’t done a theatre production before, but ever since I participated in FHC’s Random Acts Of Talent last year, I was interested in giving it a try. After hearing about it in 5th hour, I made some quick arrangements and found myself in the auditorium.”

“I don’t relate to my character per se, but I really love the enthusiasm and bombast I can put into him. Despite his buffoonery, Colonel Mustard definitely shares a level of confidence and bravado with me.”

What’s your character when you play Clue?

“I haven’t played the board game in a long time, but I think from now on it’s going to have to be the Colonel.”

“Since this is my first play, I don’t have a pre-show ritual. However, for each practice so far, I’ve liked to try to hype up the other actors as best I can and keep a relaxed yet focused mindset.”

“At the moment, I’d have to say my go-to fast food place is Chick-fil-A. Best chicken you can find.”

“In my opinion, Christmas might as well not exist until Dec. 1. Before then, I recommend a healthy diet of ‘Spooky Scary Skeletons’ and ‘Phantom Of The Opera’ music.”