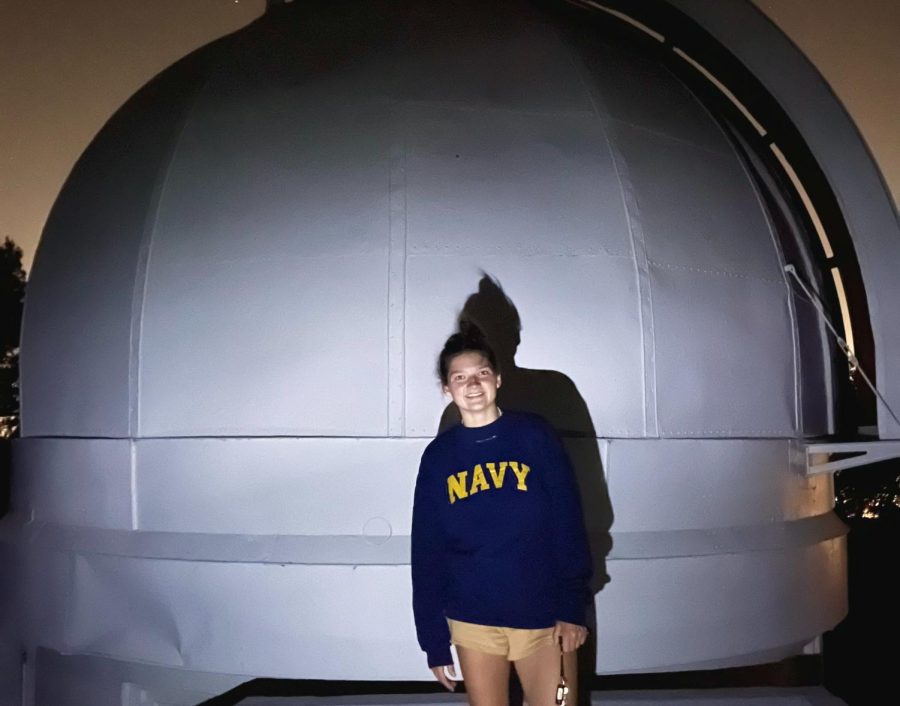 Outer Space: How does it impact us? Q&As: Megan Piontkowsky

FHC alumna Megan Piontkowsky is a senior at Albion College, double majoring in math and physics with a concentration in astrology. She plans on attending graduate school for mathematical physics or theoretical astrophysics.

What inspired you to go into the field of astrophysics, and how long have you known this passion?

“I took my first physics class with Amy Stone [during] my sophomore year of high school. At that time, I was positive I was going to become a veterinarian. But, I really enjoyed learning the basics of physics, and I started thinking about it all the time. The week that we talked about black holes and general relativity is what inspired me to pursue theoretical astrophysics, and here I am six years later.”

What does astronomy mean to you?

“Astronomy is a reflection of the human nature of curiosity. It’s not exactly necessary for our day-to-day lives, but it shows a human drive to solve problems that at first seem unsolvable or a way of explaining the universe around us.”

What are some challenges you’ve come across in your chosen field of study?

“Stargazing conditions in the lower peninsula of Michigan are not all that great due to light pollution, which often makes observing difficult. Also, the course load can just be overwhelming at times. Physics and math are more male-dominated fields; I’m often the only female in my class, and I feel like I get underestimated a lot due to being a woman.”

What’s the most fascinating thing you’ve learned about outer space?

“Maybe this is common knowledge, but when you look in the sky, you’re literally looking back in time. Since it takes light emitting from stars many light-years to reach Earth, when we observe astronomical objects, we are seeing them as they were possibly 100s of years ago. The stars we see in the sky could be dead, and they could have died a thousand years ago, but their light takes so long to reach us [that] we wouldn’t know.”

Do you have a favorite planet or star?

“My favorite planet would probably be Saturn because of how well you can see it in a telescope. Betelgeuse is an interesting star; it’s over 800 times larger than our sun, but it’s very old and is expected to collapse ‘soon’ (within the next 100,000 years).”

What’s your favorite project that you’ve ever worked on?

“This summer, I spent two weeks at Mount Wilson Observatory in California, which is a very historical astronomy facility. I participated in the SOAR program and did solar and stellar observing every morning/night and then completed a project on BE variable stars (which are stars in spectral class B that have random outbursts), which I’m considering continuing for a thesis project.

Where do you see the progress of our knowledge of outer space in ten years?

“I hope we get someone to Mars in the next decade. I think someone’s bound to figure out dark matter/energy in the next ten years, and that could potentially answer a lot of questions. With increasing technology, we are bound to make some discoveries. There’s more that we don’t know about space than there is that we do. I’m excited to see the progression of this field and even more excited to take part in it.”

If you could send out one message to the world, what would that be?

“If you are interested in space, look into anything. I guarantee there are answers to questions you didn’t even know you had, and stop light pollution!”