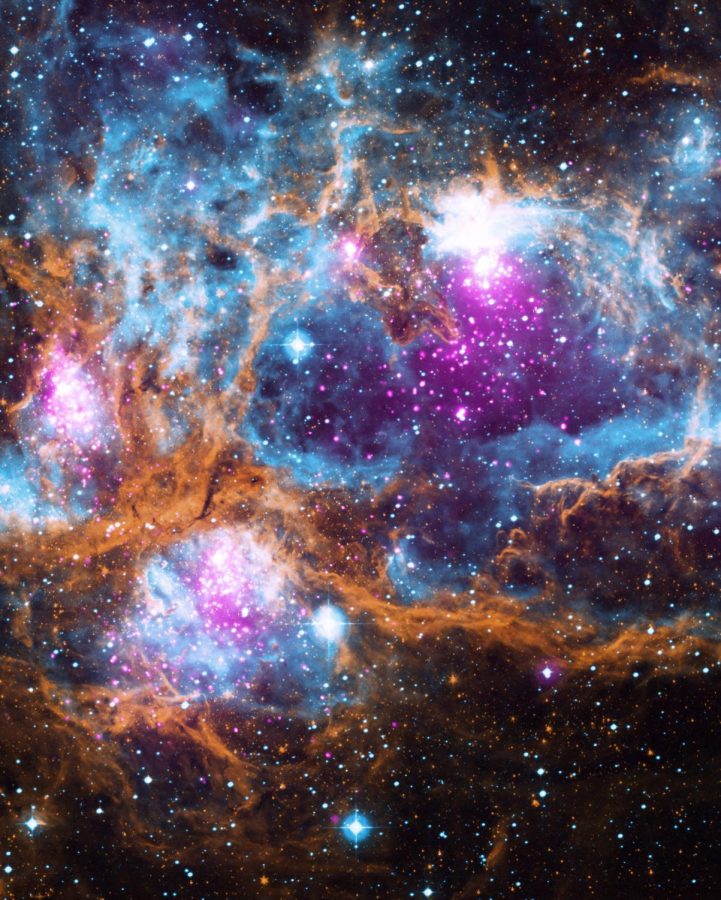 A stunning image of just one section of the galaxy

Simply existing in a universe of unknowns

Despite the cliches, the stars do, in fact, twinkle against the infinite darkness. They wink as the observer passes, gazing from their minimal perspective. Explosions resulting in runaway nuclear fusion morph into a swirling mass of colors—a simultaneously terrifying and magnificent supernova. Immense collections of rock and ice hurl into oblivion, culminating in a coma around the center comet and trailing reflections of light.

I am floating among these constellations and massive spherical masses that put size and value into perspective. Falling into the routes they are expected to take, planets orbit around the celestial, unable to resist the forces that attract them to it. As a mere observer, I watch these cycles and connections circling one another with fascination.

Somewhere, something incredible is waiting to be known.”

One of the most famous cycles—time—becomes a figment of one’s imagination: an attempt to organize and make sense of these patterns and elliptical enigmas. Time always seems to be of the essence. There is never enough time despite the infinite amount that exists.

It’s only natural to become overwhelmed by the increasingly complex entity we find ourselves.

Even the moon, which seems to hold the answers to life and self-realization in literature has its secrets. There are only theories as to how it was formed, and even the perfect spherical shape that’s usually depicted is an illusion.

Despite any conceptualized rules and patterns, outliers will always try to defy what’s expected of them. There will always be a planet that rotates in the opposite direction.

Drifting away from that which is determined, the unknown grows more mysterious with every lightyear of distance. After all, the majority of matter in space is invisible. A simultaneously terrifying and fantastical adventure is only attempted by those who are brave enough to venture beyond the limits and break through the gravitational forces that ground humanity.

How can one find their way in the darkness that is always changing? Always growing, always shifting, always forcing others onto a path they do not wish to take.

The unknown is a looming, always present reality. The universe is essentially infinite as it is always expanding; there are infinite possibilities, but we have only discovered a minuscule fraction of them. Questions are left unanswered and even answers lead to more questions. Ever since the beginning of our existence, we’ve been left attempting to solve the question “why?”

Perhaps an answer can be found in this beautiful collaboration between the past, present, and future, but the past is unavoidable, the present vanishes with the thought of it, and the future will never reveal itself until it becomes the present.

Lacking a direction and hurling into the unknown, I decide to carry on with wherever fate has in store. On the cusp of discovery, there is nothing to be rescued from. My contributions will only graze the surface, so the best option is to endure and enjoy the moments I get to witness the shooting stars.