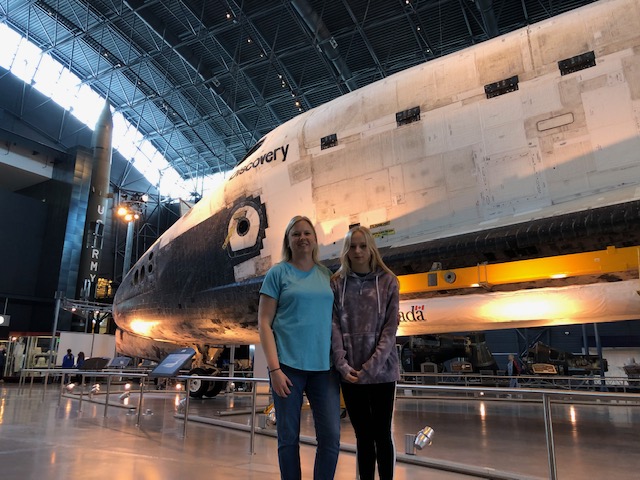 From learning about Mars in the classroom to the dream of one day inhabiting the planet, the Space enthusiasts of FHC continue to be fascinated by science

Ever since junior Evan Church was little, he has had the dream of flying to outer space—specifically, being the first person on Mars.

“When I was little, I always had the dream to be the first person on Mars,” Evan said. “I’ve always been a very imaginative person, and ever since I found out that people could go to the moon, I’ve always wanted to be weightless in space. I still have that dream in the back of my head.”

When it comes to dreams of reaching for the stars, becoming an astronaut on Mars is one of the closest options anyone could get to the literal meaning of the metaphor. Going into middle school, Evan began to look at this future career with a more logical approach, but it’s still an exciting possibility.

This fascination for space was inspired by the involvement of Evan’s family in science. Due to this, Evan has had the opportunity to learn and discover new information about space from a variety of centers and museums such as the Smithsonian Museums, the Kennedy Space Center, and the Spatial Sciences Institute. His favorite location is one much closer to home: the Michigan Science Center.

“I always loved going to the Michigan Science Center, because I used to go there a lot when I was with my grandparents,” Evan said. “It’s a lot of fun because it’s not just geared for kids, but also for adults, and it’s very hands-on. That’s what I love about science.”

With these experiences, students are able to expand their knowledge of the universe beyond what can be absorbed through textbooks. The direct applications such as building paper airplanes to learn the laws of aerodynamics and new discoveries from NASA scientists are what inspire younger generations to test the limits of science and space exploration.

Like Evan, freshman Arcadia Pawloski was similarly inspired by the concept of traveling to Mars. When the subject of space comes up in class, she is instantly drawn into the subject and genuinely enjoys the process of learning instead of merely doing assignments for credit.

“When my dad said he wanted to go to Mars, I was confused as to why he would want to go to another planet,” Arcadia said, “so I searched up all the cool things about Space—mostly Mars—and then I understood why he would go to Mars if he had the chance.”

Although Arcadia doesn’t wish to become an astronaut herself, she does love the idea of becoming a future engineer and contributing to the field building rockets and other spacecraft. Her enthusiasm for the infinite space around our world stems from captivating facts that have blown her away.

“Space is awesome,” Arcadia said. “There are so many cool things happening everywhere all the time, and you can learn so much from space. [It’s fascinating] that the universe is always expanding.”

Fostering this love for space, Physics teacher Amy Stone often incorporates examples from outer space in her physics lessons to provide real-world examples. This encourages students to extend their knowledge beyond the curriculum and become inspired by science just as she did in elementary school by Christa McAuliffe—the first teacher to become an astronaut.

There are so many cool things happening everywhere all the time, and you can learn so much from space.”

Despite her parents having completely different career backgrounds, Stone always knew her future was destined to be in the field of physics and astronomy. With the opportunity to share her passion, she demonstrates real-world, or rather, out-of-this-world applications.

“One of the things that’s neat about physics is understanding the implications for your life,” Stone said. “A lot of things that you experience in your life are physics-related, and because my passion is space, I like to do the more space aspect of the physics that we’re learning.”

For example, the new semester physics course focuses the material around the concept of sending a human to Mars. Approaches such as these are able to immerse students in their studies and capture their attention.

One topic that spurred enthusiasm was the lesson on apparent weightlessness. While teaching the effects of a reduced-gravity aircraft one year, Stone’s students devised a plan to send their teacher on one of these expensive flights.

“I showed the students a video of the Zero-G flight where the airplane flies up and down and up and down to create Zero-G experiences,” Stone said. “I had mentioned how expensive the flight was and how it would be cool to go on it, so then, the next day, I came back to my class and there was a decorative vase on my desk that said ‘send Mrs. Stone to the Vomit Comet,’ and there was money inside of it.”

This represents a perfect example of how the concepts of space and physics are able to unite scientists under a common inspiration and goal. Unfortunately, the students were unable to raise enough money; however, it still went to a wonderful cause after it was donated to a school fundraiser.

With teachers inspiring students such as Evan and Arcadia to pursue their interests in astronomy, the future of science is full of infinite possibilities.

“[These students] are the future generation of our Mars astronauts,” Stone said. “I don’t think they’re going to send someone my age to Mars. This generation will be the group of kids who design these space habitats and rockets. Kind of like how we don’t know a lot of what’s going on under the ocean, we don’t really know a lot about what’s going out in space either. It’s that curiosity and passion for finding new things that I find interesting.”