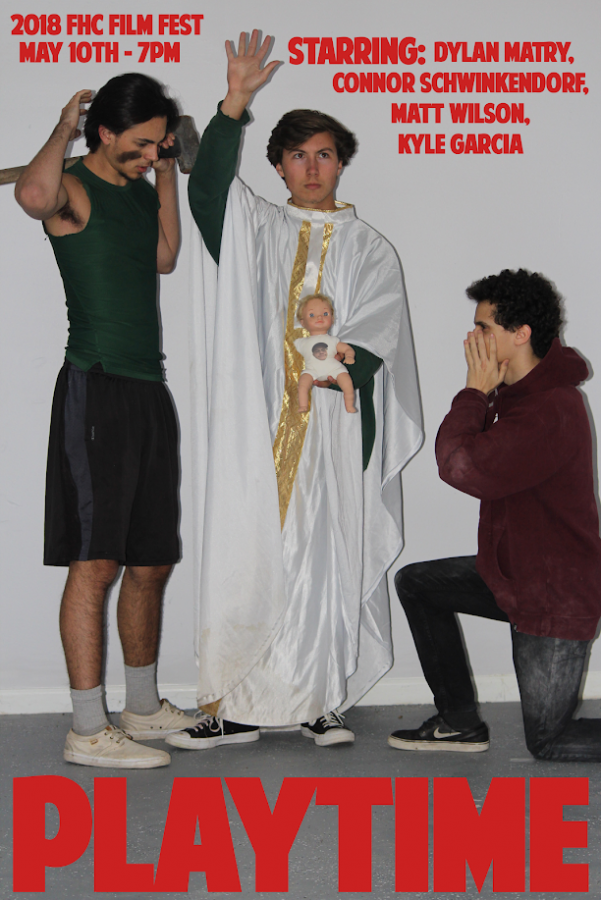 “Our film is about a group of guys going up north for a cottage weekend.”

“We thought of this idea when we ran into Connor Schwinkindorf at Forest Hills Foods. We were there because we had just tossed our old film idea, and our concept was due the next day.”

“Its been long process– a lot of late nights at the house and time out of class [on] the computer making sure we are producing the film we want.”

“We chose ourselves to act because it would be easy, and [we chose] Connor because he is a good friend.”

“My favorite part is messing around on set and coming up with creative ideas with Kyle Garcia and Dylan.”

“We mainly are just trying to produce something entertaining for our film at this school. Our message, I would say, is don’t take your friends for granted.”

“The audience can definitely expect for a solid 15 minutes of entertainment. I would say [the audience can expect] laughter but our film is a little out there and has a specific sense of humor molded into it.”

“Our film has been thought through multiple times to produce a specific image that we are all proud of. The comedy sense contrasts with the production, [and the film] will definitely show just that.”