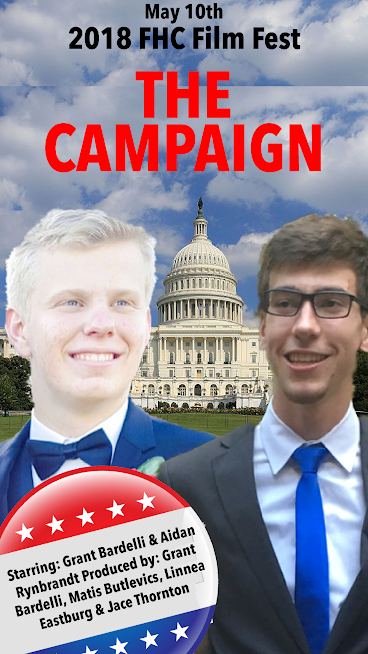 “Our film is about two high school seniors running for class president. One of the kids, Chris, is the popular jock who is seen as the early favorite. The other is Doug, who is a no-name nerd. The battle heats up fast as the two butt heads right off the bat.”

“We enjoyed making our last comedy movie, so we decided that that would again be the best route to take.”

“The filming process was a lot of fun. All it was was a bunch of buddies coming together and having a good time. Although it was long and difficult at times, it was all worth it.”

“We chose the actors based on which one of our friends fit which role the best.”

“My favorite part of the creative process was brainstorming with my friends. It was tons of fun just building off of one another’s ideas.”

“We are trying to show that if you really want to do something that you believe in, go in head first because you never know if you may actually be good at it.”

“We want our audience to just have a great time as well as a few laughs during our film.”

“Our film is different than the rest because we have a cameo from our award-winning comedy from last year.”