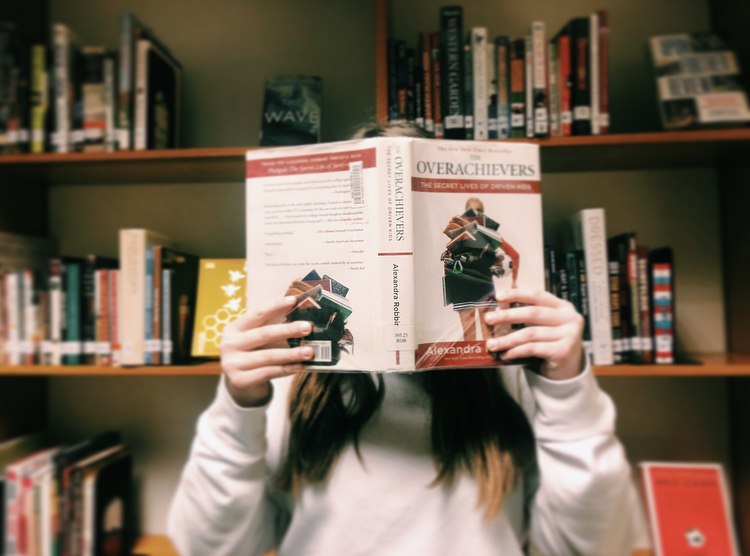 School social worker Matt Langlois remembers the days before cell phones were a fundamental part of everyday life. Everything changed in 2007 with the release of the first iPhone. It led to an increase in social media, such as Facebook (2004), Twitter (2006), and Instagram (2010).

Now, cell phones and various social media platforms are a given in the day-to-day experiences of most. They’re one of the many factors Langlois sees affecting the mental health of teenagers. The pressures of social media, including cyberbullying, can deeply impact the mental wellness of many high school students.

One of the many features advanced technology has to offer is an infamous app: PowerSchool. Langlois frequently witnesses the effects of this app on stressed-out students.  Having the ability to check their grades at any given point in time is yet another contributing factor to anxiety and other mental illnesses.

“I think that [the] PowerSchool app is meant to help,” Langlois said, “but, a lot of the time, with somebody who’s anxious, it hurts because it makes you [more] anxious.”

In a high-achieving school district, students push themselves to be the best in every way. A heavy workload can often contribute to the pre-existing mental illnesses many high schoolers face.

Hours of homework every night, on top of the hours spent participating in extracurriculars, makes the twenty-four hours in a day seem insufficient. The constant pressure to achieve a 4.0 GPA upon graduation and get into a good college results in increased stress levels, which accordingly triggers anxiety and depression.

“There’s so much focus on, ‘You’re going to go to college, and you’d better have really awesome grades,’” Langlois said. “People don’t often chill out and [ask], ‘Are you happy? Are you satisfied?’”

Each student learns differently and at a different pace. There is no one size fits all when it comes to learning and accomplishing goals, especially when some students have difficulties with depression, anxiety, eating disorders, and learning disorders.

“I think that teachers don’t really take into account that people in their minds are different,” an anonymous student said. “They set a schedule, and it’s kind of like a ‘deal with it’ thing.”

Mental illnesses are not that far off from a broken bone or the flu. It’s still a way in which our bodies are not working exactly how they’re supposed to. Mental illnesses can leave you unable to execute certain tasks, the same way breaking your arm would.

When a student breaks a bone or gets sick, they are treated accordingly. More time is allotted for students to make up work and assignments can be completed in alternative ways. Junior Olivia Luplow believes that students with a mental illness should be treated no differently.

“If a student were to come to a teacher and say, ‘Hey, I’m struggling with [a mental health issue], and it prevented me from doing something at school,’” Olivia said, “I think they should be willing to work around that problem for the student rather than just being dismissive.”

Mental illness is a problem an enormous amount of teenagers face. Although it affects certain people in different ways, no one is alone in their battle.

“I see a lot of people struggling to get things done,” the anonymous student said, “because they have breakdowns and they can’t exactly do what’s being asked of them.”

Langlois and the other counselors recognize that many students are struggling. However, they only see a fraction of the students who could benefit from talking to a counselor. Students are either seeking help from an outside source or prefer to not talk about the situation at all. There is a stigma surrounding the topic of mental illness.

All the counselors are putting forth their best efforts to reach as many students as they can. Fewer students come into the counseling office to discuss mental health because they’re scared of what might happen or they have a fear of vulnerability.

“I think there are lots of kids in the school who are hurting,” Langlois said, “[or] who are depressed [and] have a lot [going on], and they kind of keep it quiet.”

Although many students don’t realize it, FHC strives to help students with mental illnesses and offers options to those who struggle with it. Among many other resources, the district has a team of volunteers who work with the school counselors and health care specialists to remove the stigma surrounding mental illness and the basic treatment needs some families require. The team is known as AAA, and they stand for the Awareness, Acceptance, and Advocacy of Mental Health.

By bringing awareness to the existence of mental health in a variety of ways, the administration hopes that more students will grow comfortable with themselves and the imperfections in their mental stability. Mental health shouldn’t be a dark secret, and the more students that realize this, the more they will reach out for help where help is needed.

“We have such ‘a society of sharing,’” Olivia said, “but the important things that you should share [should be] to get help or to just talk with people. I think a lot of people don’t share, which can be a destructive behavior.”

In everything that students are going through, they should have a safe space to discuss their mental health. It’s a big part of healing, even when it can seem dark and scary. If more students are willing to talk about their mental illnesses, they will open the door for other students to share as well.

The counselors at FHC are always more than willing to meet with students who need a place to talk about their mental health issues. They serve a purpose past schedule changes; they’re there to help anyone who’s struggling.

“The brain is such a complex part of our existence that it can be very tricky,” said principal Steve Passinault. “There are medications obviously that can be helpful, but it’s not the only answer. Counseling, talking to people, [and]  just being able to feel better about yourself is what’s most important.”