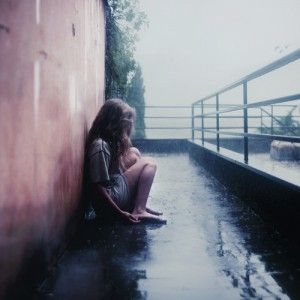 There was a ringing in my ears and a buzzing in my head. Everything around me was hazy, out-of-touch, surreal, and dreamlike.

I shook my head, attempting to pull myself out of the fog. I reached for the window frame in a desperate attempt to regain control over my reality. Despite the obvious indicators that such a statement couldn’t be true, I knew it was.

It was the pull in my gut and the feeling of many disoriented pieces finally clicking together that left no other interpretation. It was, in fact, the very Prince Dagan I had created standing outside my childhood bedroom window.

“Excuse me? Are you alright up there?”

His crisp voice broke through the murky daze, and I was forced to confront the full gravity of the situation I had landed in— a situation that had real-life ramifications. And as much as the flurry of emotions storming in and around me begged me to close the window and distance myself from this reality, something more potent and raw pushed me to face it.

My voice did not stumble as I expected it to, rather it pierced the perpetuating silence with confidence that I could not locate or explain. I spun on my heel and bounded down the stairs.

To avoid the vigorous questioning that would surely become my fate if my parents witnessed my hasty departure, I snuck out the back door. As I rounded the corner of the house, I came face to face with Dagan.

His face had only ever been in my mind, even then it was a distorted and inaccurate depiction. But at this moment, staring into the eyes of my most arduous creation, I was in a state of total entrancement and awe.

“How are you here?” The question was released with a breath in such a tone as if I’d known him a million years—which I felt like I had.

“I jumped, of course. You know… world jumped?” He winked jauntily. “Are you feeling alright?”

How are you real? The final question remained locked in my mind because I knew any further investigation of it would lead to inevitable insanity.

“Ah, well, that’s a bit more complicated, isn’t it? To tell you the truth, Lady Remington, I’m here to ask a favor of you.” His calm and supercilious facade crumbled slightly to reveal a sliver of vulnerability.

“It’s just Remi. And to tell you the truth, this is a lot. You’ve told me nothing about why and how you’re here, and now you want to ask me a favor?”

“I know.” His face turned down and the entire masquerade fell away with it. “My whole kingdom—my whole world is falling apart. There are entire towns and villages consumed by unexplained diseases. Hurricanes and tornadoes and fires and countless other natural disasters are ravaging the lands. In the wake of this disaster, war is breaking out.”

“Oh.” The words were mumbled and soft, shocked even. “I—I’m sorry. But what do you want me to do?”

“I went to The Prophet, and she told me about you. She told me where to find you and said that you could help.” He met my eyes pleadingly. “I don’t know anyone better than you; I’m begging you to help me.”

My mind raced, thoughts and ideas bumping into each other, the whole scene in mass chaos. Not a coherent notion remained. As I focused on my breathing, I felt a sharp pang of helplessness.

I couldn’t do it. I couldn’t help. This was all too much. It was an impossible situation, and I had no part in it.

“Dagan, I can’t do anything. I can barely keep this story alive. No one wants it, and I can’t keep fighting a lost battle.” The pain of defeat encapsulated me as I faced my failure.

But Dagan wasn’t ready to allow himself the same relief.

“Lady Reming— Remi. Please. Why did you create me in the first place? What purpose did this story serve for you?”

A face looms over mine, furious and determined.

I press back further into the fence, trapped but still under the illusion that I can escape. Grimy fingers wrench the paper out of my fingers and wave it in front of my face. The giant, red A+ haunts me, no longer a symbol of my achievement but rather a cause of my demise.

“Did you think you were special?” she sneers. Gritted teeth and a taunting smile flash above. “I told you to let me get the highest grade this time. Was there some sort of miscommunication, Weaver?”

“Then why is there an A+ on your paper and an A on mine?” She twists the front of my shirt into her fist and pulls me closer to her face.

There’s no way out.

“I-I-I’m sorry.” I will not cry, I tell myself. I bite my tongue and refuse to show weakness.

She drops me to the ground, and my back hits the fence. Before I can even flinch, her hand smacks across my face. Then she turns and walks away, leaving me crumpled on the ground. The bell rings, but I do not get up.

Out of the corner of my eye, I see the assignment that she dropped. My hand reaches out and takes hold of it, eyes scanning the words I wrote.

And as I lay there on the ground, broken and vanquished, a world rises up around me. An escape. Glittering castles and sprawling kingdoms. Majestic monarchs and humble peasants. Fields of radiant wildflowers and glistening deep blue oceans.

Out of my desolation, there is life.

I blinked out of my trance and Dagan shifted into focus again. He stood in front of me, stripped to his most basic essence, the most vulnerable version of himself. As I stared through his eyes, into his broken and desperate soul, I didn’t know how, but I knew I had to do it.

The words slipped from my lips.