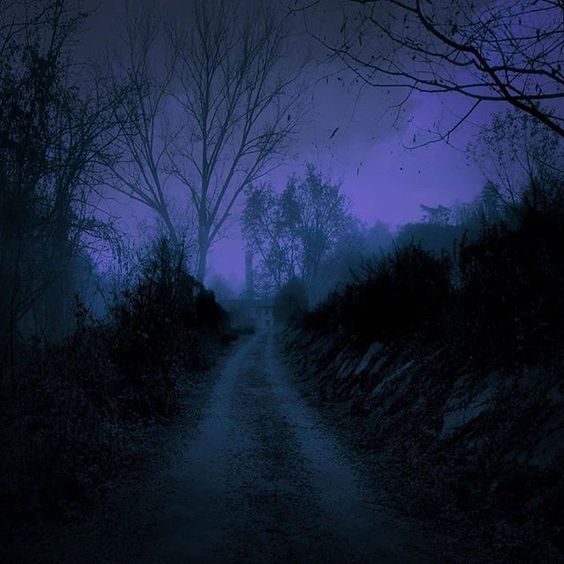 Tires crunch on the loose gravel of my driveway. With an emancipated leap, I bound from the steps towards my deliverance: the red van.

A week that felt like a year comes to an end as the van door swings open.

He is home, and his name escapes my lips with fervor.

His arms hold together the fragile pieces that threaten to break. I am not strong enough alone, but now that he’s home, I am reignited; I can hold this delicate mess together.

“You can’t ever leave again. Mom agrees with me. She said I needed to stop asking if you were going to be home yet, but I just needed you to be back. I heard her say that she’s going to lose her mind if you ever leave again.”

He laughs, a light and melodic sound that washes over me with stable security.

“Are those girls still being mean to you?” he asks, changing the tone. There is no humor in his eyes or hidden in the lines of his face, only a serious concern for a secret only he and I know.

I cannot bring myself to utter the words that confirm his suspicions, but my subtle and marginally ashamed nod speaks more than words.

He shakes his head. He’s sorry, although he does not need to be.

“But, guess what?” I say. The light returns to both our eyes because we cannot dwell on what is dark for too long. And I tell him my story. I tell him about the world that only I, and now him, know about.

And that’s why I look at him and make him promise. I make him promise to never leave me because a week was enough. It’s an unfathomable concept what I would do without him.

He laughs again. That perfect, amused melody that never fails to make me smile.

“I promise I’ll always be here for you, Rem. Whatever you need, I’ll be here.”

I am so focused on my own pain that I don’t see his.

None of us do.

We see a mask that he has crafted to wear, a mask that allows him to be everyone’s savior.

When really, he’s the one that needs to be saved.

The memory dissipated as I slowly blinked away the grogginess and my widening eyelids revealed the unfamiliar room. It took me a moment to mentally realign with reality, but when my mind cleared, it was blissfully silent for the first time in over twenty-four hours.

A panoramic window to my right offered a splendorous view of the sinking sun over the castle grounds. Pinks and oranges and purples and blues draped and weaved and blended into a stunning ocean of magnificent color.

But as exquisite as the sight was, it meant our journey to visit The Prophet was less than a mere hour away. After agreeing on the objective, Bria and Dagan had concocted the most efficient and inconspicuous plan to get out of the castle.

We would leave once the sun had sent because no one could know or else too many questions would arise and we might be stopped. Unfortunately, that meant we would have to travel on foot. Taking horses or carriages would call unnecessary attention to our departure.

Bria and Dagan spent the afternoon gathering supplies for the journey, while I showered and slept—a much-needed respite from the whirlwind of chaos I had been spinning in. But, the setting sun carried the heavy truth; it was time to leave.

The immaculate click of heels against the pristine marble floor alerted me to Bria’s approach. She appeared in the doorway wearing black pants and tall black boots, a loose white shirt, a long blue jacket with gold lining, and a heavy black cloak. Folded in her arms was a similar outfit, which she handed to me.

“I hope you slept alright?” she questioned.

“Yes, thank you.” I accepted the clothing, not breaking eye contact with her. I was still left nearly speechless at the realization that I was talking to my very own characters, my very own creations.

“I mean to be talking to me, you know, considering that you created me and all. Is it weird?”

“So weird, you have no idea.” I laughed a breath of relief that someone seemed to understand. “Is it weird to talk to me? Considering that I created you?”

She smiled gently. “I would say so. It doesn’t seem quite real though. It feels a little bit like a dream. Or maybe that Dagan is tricking me.”

“You tell me,” she said, quirking an eyebrow.

“Of course he does.” I laughed again at the very idea that my own character was right here questioning my reliability. “Sometimes I wonder if you guys are exactly how I wrote you or if being real has caused you to change and become something else.”

“I guess we’ll just have to find out.” Her gentle facade concealed the fiery passion that rarely broke through. I saw in her an innate brokenness that had been festering since the dawn of time. I saw in her, myself.

So much was communicated in the brief moments of expectant silence.

“I’m going to go change.” I broke the silence as quietly as possible, feeling as if I’d committed some form of treason in destroying something sacred.

In my new attire, I followed Bria back to the room I’d first entered into, round with several hallways branching off of it. Dagan waited there with a pack for each of us. In his hand was a compass that he was aggravatedly shaking.

“I take it you haven’t figured it out yet?” Bria said.

“No, this ridiculous compass is completely useless.” He held it up and I instantly recognized it as the compass that was supposed to point in the direction of The Prophet. Because she was a nomadic being, she never stayed in one place for long. The compass and others of its kind were designed to lead travelers to her. But instead, it was spinning in a circle as if it was lost, unsure of where to land. That couldn’t be good. “Any idea why it’s not working Remi?”

I took it from his hand and carefully inspected it, but I couldn’t determine a cause for its inadequacy. “Sorry, I don’t know.”

“Alright, then my next best guess is to look where I found her last time and hope that this compass reorients itself along the way.” He handed me and Bria our packs. “Are we ready?”

I nodded my head feebly, a weak companion to Bria’s strong and confident nod. “Let’s get out of here.”

We passed through the torch-lined tunnel and furtively picked our way through the castle grounds. Every shape and shadow tugged at my heart, and I waited in deadly anticipation to see the sickness and devastation that Dagan had dragged me here to fix.

It was almost worse than I could’ve imagined.

We exited the woods at the edge of the grounds and I found myself reeling at the complete desolation. The blanket of darkness did not hide the lack of crops and substantial effects of the tornadoes and fires that had blown through. And despite the late hours, we passed multiple carts whose drivers paid us no heed as they evacuated their homes or searched for help they wouldn’t find.

Bria and Dagan’s murmurings were ominous and secretive, and from the little information I could glean, I was grateful we hadn’t passed through the city that surrounded the castle.

We walked for an hour before we came to a small town where my nightmares came to fruition. I hadn’t thought it could get any worse, but I couldn’t deny what I was seeing.

Lanterns illuminated the bustling streets. The wails of distraught children could be heard from inside of homes. Panicked voices echoed off of each other, crowding the streets more than the people themselves. Many had cloths wrapped around their mouths and noses to protect from potential germs. And worst of all was the pungent bodies being carried away on stretchers.

“What’s going on?” I muttered to Bria.

“I don’t know,” she whispered back. “This is worse than normal.”

Across the street, a large man in grimy clothes noticed us. His eyes ignited with the realization that we were not residents of the town, and he hurriedly ambled over to us. Bria and Dagan pulled the hoods of their cloaks up to obscure their faces, leaving me to handle the situation.

“Did you hear?” the man asked with genuine concern.

He shook his head as if my very cluelessness was fatal. “There’s a big storm brewin’ in this way. Everyone’s gettin’ out. We’ve seen a lot of travelers comin’ from the direction you’re headed sayin’ it’s not safe down there. Jus’ a thought for you to keep in mind.”

“Alright, thank you, sir.” As he walked away again, I turned to Bria and Dagan. “What are we going to do?”

“What else can we do?” Dagan said as if the answer was obvious. “We have to keep going. It’s our job to save them. If not us, who else?”