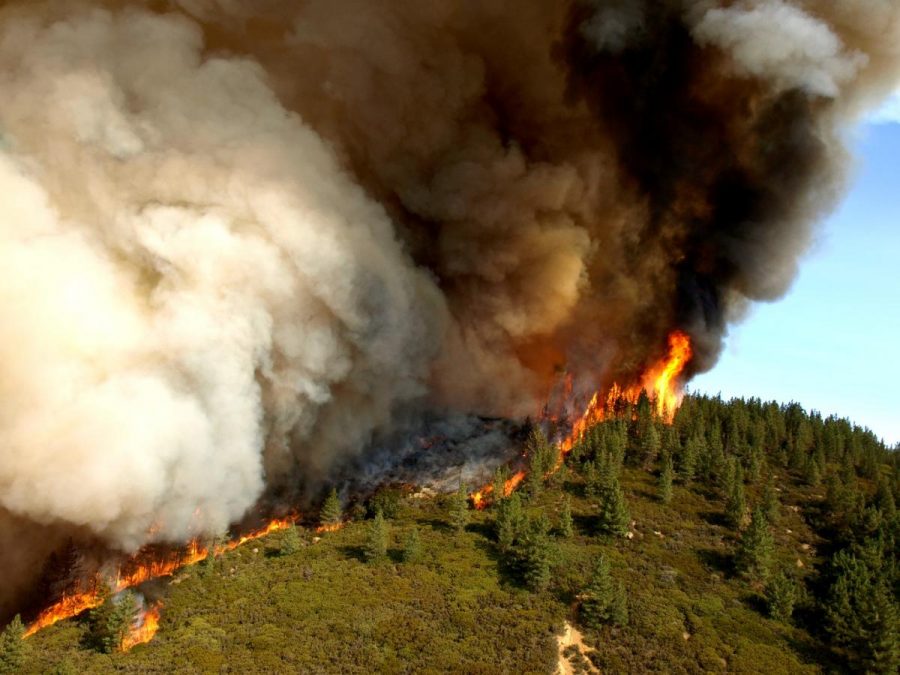 The thick blanket of night blissfully obscured my view of the crippling desolation that we passed through, but as the sun slowly inched its way past the horizon, it cast an unwelcome glare onto the decaying world.

Bria and Dagan maintained stoic expressions, refusing to let any sliver of vulnerability slip through the cracks, but one look at my own face gave away my heart. It was breaking at the sight of what I had once dreamt up as a utopian escape from all of my problems falling to broken pieces.

And as if that wasn’t enough to shatter my spirit, my promise to Dagan loomed like a storm in the shadows of my mind. I had given him false hope that there was something I could do, but the more I saw, the more it was solidified in my mind: I was completely powerless to the raging destruction surrounding us.

No signs of the promised storm revealed themselves, aside from the onslaught of citizens escaping the peril that lay ahead. The dismay and anxiety etched into their faces was warning enough to abandon the mission, but knowing there was nothing that could force us to turn back at this point, we stopped to talk to a few of them.

The panicked tone in their voices, the darting expressions, and the obvious and tangible desire to be as far away from the direction we were currently headed promised terror ahead, yet no one could directly specify exactly what that might be.

Some claimed a storm, while others a monster, and yet others an entire army approaching. Refugees spewed vivid descriptions of dark, towering shadows in the sky, deafening peals of thunder, toppling earthquakes, and spontaneous fires blazing both up from the ground and raining down in torrents from the clouds.

Word had spread as fast as the supposed fires, and already clearly embellished versions of the story were meeting our ears. But the one element that remained consistent in every story was the potent, swirling mixture of fear and desperate hopelessness radiating from the migrants.

But the one element that remained consistent in every story was the potent, swirling mixture of fear and desperate hopelessness radiating from the migrants. ”

The world was dying and as far as anyone could tell, there were no actions being taken to sustain its life. I wanted to tell them all that I was trying, ignite a bit of hope in their hungry and empty souls. But our mission had to remain secret, it was too important to release into the hands of simply anyone. And how I could I promise something impossible that would eventually leave them more crushed than before?

The more we saw, the more we heard, and the more we understood, the more we lost the motivation to keep pushing forward towards an unidentified but indefinite danger. Around midday, none of us could muster another step towards our seemingly inevitable doom.

Our resting place was adjacent to a dirt path that led into the forest on our right. Dagan claimed that the path ended in a stream, and the prospect was enough to convince me to follow him down the trail.

We emerged into a grassy clearing surrounded by elegant willow trees, bending and swaying in the wind. A glittering stream flowed into a crystal-clear aquamarine pool in the center of the grass. A striking contrast to the grim ruin we’d been traipsing through, this clearing seemed enchanted—untouched by the obliteration.

I knelt to refill my freshly empty canteen and splashed a bit of the cool water on my parched face. Then, I joined Bria and Dagan on the lush grass. Bria handed me a small bowl of cold stew and a piece of bread. Quietly, we ate, no one daring to put the dolorous amalgam of emotions we each felt into words. Somehow, it was easier to ignore it.

The first words spoken were ones of simple and necessary inquisition.

“How do you plan to proceed, Dagan?” Bria asked.

He looked up, exhaustion perpetrating the guarded mask he’d put up. Clutched in his palm was the futile compass, arrow still spinning without aim. “I— I don’t know.” He tossed it aside in exasperation, and we all watched as it alighted on the grass.

For a moment, there was perfect stillness, and then Bria reached over and snatched it up. “Well, we’ll just have to figure it out then.”

I couldn’t fathom her graceful courage in the face of everything we’d observed today. She maintained elegant composure—the flawless image of sophistication. But despite the careful inspection she gave the compass, it remained as inutile as ever.

And the serene facade did not crumble when an earth-shattering boom sent us tumbling as the ground trembled. I pushed myself upward, attempting to stand and discern the situation, but a consecutive bellow rendered me ineffectual.

Dagan whipped his head towards me, and his face spoke the question we were all asking—as well as another: could I fix this?

I hoped my answer was as clear as his question. I couldn’t even force my legs to hold me upright.

A dark shadow consumed the sky, darkening the tranquil clearing. A gray haze floated through the air carrying a smoky scent. A flash of flames appeared in the distance, encapsulating the leaves of a towering tree.

The storm had arrived.