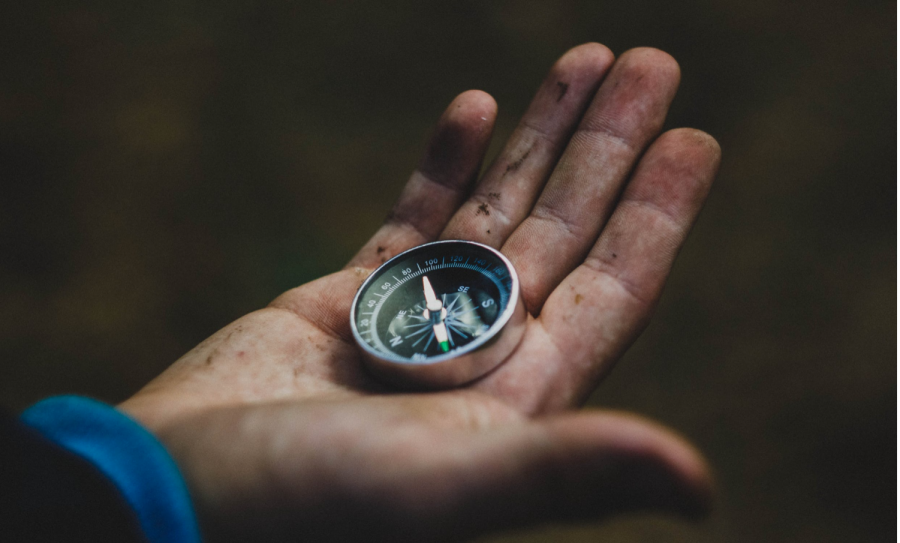 “There you are,” Bria leaned back, inspecting her work.

Gingerly, I reached up to brush the bandage she had applied over my cheek. The dull pain that resulted from my gentle touch was a reminder of how serious the situation could have been—how lucky I was that the only remnant of my foolish attempt at bravery was a mere blemish.

“Thank you,” I replied softly, not daring to establish eye contact with her. It was too much to acknowledge the weight of the incomprehensible phenomenon we had just witnessed. And no one felt the pressure of confusion as heavily as I did at that moment. Their confusion was within an outward occurrence while mine was laced about the activity of my own mind and the consequence of my own actions.

I wished the question had remained unspoken, but now that it lingered in the air, it demanded an answer. My hands threaded through the soft, green grass, a worthy distraction from the looming inquiry.

A still moment passed before I looked up and observed her patiently awaiting an answer.

“I’m not sure,” I answered as honestly as I could bear. “I kind of just knew, I guess. Something told me what to do, and I didn’t even question it. I just did it.”

I offered a meager shrug almost as if to account for my pathetic excuse for an answer.

“What though? How did you know?” she asked, but her questions fell without delight or excitement but rather genuine and somber curiosity.

They seemed to punch the air—a stark reminder of yet another problem I couldn’t mend and another question I couldn’t locate an answer to. The realization occurred to me that my minor show of limited control had instilled a sense of hope. But, what good was hope when it’s object would never come to fruition?

“I’m sorry, Bria.” I really was. “I don’t know. It was a one-off experience. I don’t think I could do that again. It was too weird to replicate.” It seemed cruel to quash her hope, but it crueler to let it flourish further before ending it.

“I don’t know how he did it,” Bria marveled, shaking her head in awe. “Dagan actually did something right for once. How did he know you would fix this?”

“Give him more credit than that,” I chided her, perpetuating a lie that wasn’t ripe to be discovered yet. “He is ‘The Chosen One’ after all.”

“What?” I looked up from the grass that my fingers had resumed kneading. She, of course, was simply joking. She could not possibly be aware of Dagan’s inevitable fate.

“I went to The Prophet. A while back. She told me.” But there it was, blindingly real.

“You’d think I would be able to control my own characters or at the very least have some clue what they’re doing.” I shook my head in blatant exasperation; in less than forty-eight hours I had been twice informed of my characters gaining awareness and going astray from the predetermined plan.

“I’m sorry?” The statement was more so a question as Bria was unsure if an apology was due for the simple act of making a decision

“No, it’s not your fault,” I reassured. “You didn’t even know you were a part of my story until a couple of days ago. You can’t apologize for just living your life.”

She couldn’t. She really had no clue.

“So, you know?” I reiterated. “About Dagan not really being ‘The Chosen One?’”

“And have you told anyone?”

It was my turn to apologize. “I’m sorry, y’know, for all of this. It hurts to depend on someone that will never follow through.”

“You’re just writing your story; what can you do?” Her smile was subtle and sad, and I could’ve sworn I saw her finger flitter up to brush away a tear. “And you get used to it after a while—people letting you down. You start to expect it, I guess. That’s why I’m so surprised by you. I’ve really learned not to expect much. And yet here you are, both you and Dagan, following through.”

“But you and Dagan–you depend on each other, don’t you? That’s how I wrote you.” The words sounded as foreign and out of place to me as they did to her. A gentle, elegant laugh tumbled from her lips gracefully.

“Somehow, I still do.” Familiar pain was laced throughout her tone. “Even though I know what will happen, I come back every time. I don’t know when I’ll learn my lesson. He never really means it when he says he’ll always be there for me.”

The words struck a chord, reverberating through my entire body as a memory enveloped my vision.

The officer’s figure, framed in the doorway, is foreboding and grim—as grim as the words that leave his mouth. They fall through the air, landing with more violence than any other words that have ever been spoken.

He is not sorry. How can he be when he’s lying? That’s all this is. A heinous lie.

I turn to my mother, ready to see my suspicions confirmed on her face. I expect the calm and collected facade that is always there to lift me up even in the face of such a destructive and dubious statement.

But she is too broken.

It can’t be. He promised.

“Hush,” she tells me. I had not realized the words had left my mouth. But it doesn’t matter. Nothing matters if this is true.

I am shaking, but why? Suffocating gravity traps me, and all that can escape is heavy, splintered sobs.

Aaron. Aaron. I need Aaron. He can help me.

My breaths are coming in short gasps now as I fall to the ground, unable to keep pushing forward with this debilitating grief wrapping its malevolent blanket around.

“How could you do this?” I scream, the words scraping my throat raw as they come up. “You promised! You promised you would always be there!” I have never felt so out of control, so helpless as I do right now.

Lost. Broken. Alone. I thought he would always be there. Because he promised. And now he wasn’t. Who would hold the broken pieces together if not him?

I hear my name being called. My parents. Wanting to know if I’m ok. How can I be?

Every thought is as broken and fractured as I am, interrupted by aching sobs.

I only know pain, inside and out.

Aaron. Aaron. I need him.

If only I had seen that he needed me just as much as I needed him.

I blinked away the memory, its significance becoming clear. It tore me apart to know the grief Bria would go through when Dagan similarly fell through in his commitment.

“He’s there in another way, maybe just not like you expect it. He doesn’t know it, but he’s showing you how to hold yourself together.”

“How do I stop depending on him if I know he’ll never follow through?”

You don’t. It’s a lesson you learn the hard way. But, I couldn’t tell her that.

“You have to trust yourself, Bria.”

That was it. I needed to trust myself. I jumped up as the answer became so suddenly clear.

“Dagan!” I shouted, calling his attention that was intently fixed on the grass in front of him a few feet away. He glanced up timidly. “The compass. Where is it?”

He dug it out of the pack and quickly carried it over to me, sensing and responding to the urgency in my voice. I took it into my hands gently, entirely taking in its complex form.

Closing my eyes, I called back the sense that had consumed me when I transformed the dragon. It was just me and the compass. The rest of the world faded away as I focused every bit of my attention onto the device.

I was in control. This was my story.

I opened my eyes and a smile crept onto my lips at the sight of the compass that had finally found its rest.

“Let’s go talk to The Prophet.”