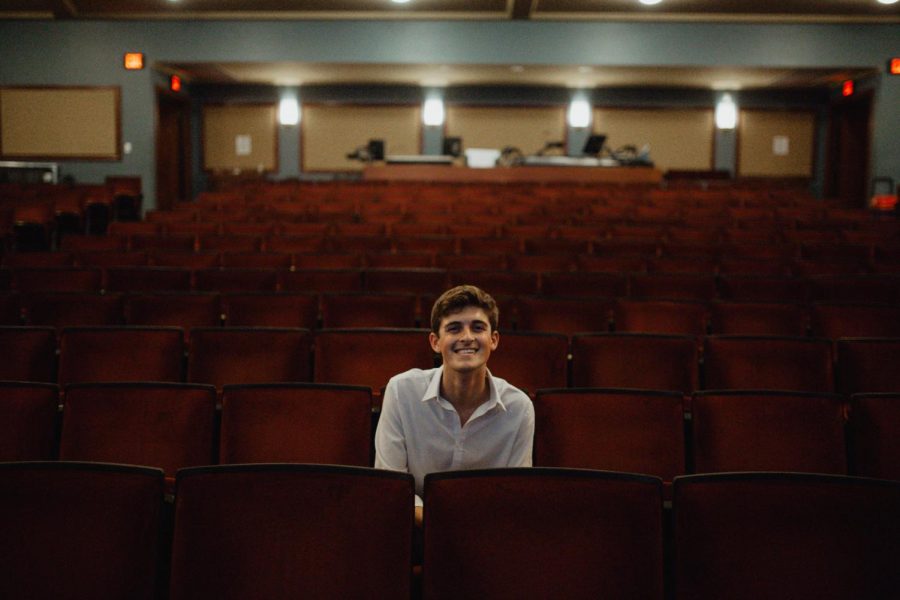 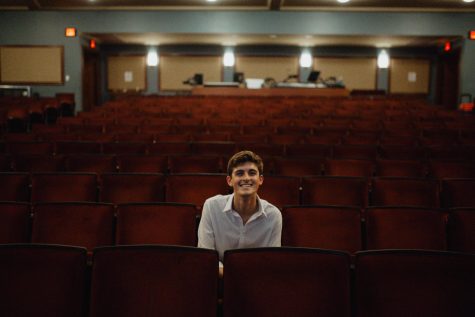 How surprised were you when your name was called at the homecoming assembly?

“Honestly, pretty surprised. I had a few of my friends come tell me that they voted for me and, as much as I appreciated it, I didn’t truly think I would have gotten on. I am thankful to everyone who considered voting [for] me.”

How did you react to your name being called?

“How does anyone really react to that? I just sort of did what everyone else does and ran to meet all the other couples. I am only speaking for myself, but I think during any sort of recognition there is always a twinge of, ‘oh, I shouldn’t be here right now; someone else should be up here.’ It is pretty surreal to know that I am one of the only five boys that gets nominated within the senior class.”

“I would say I am generally a nice person. I try to get along with everyone. I am involved in so many activities outside of school that still push me to be with different groups of my peers like theatre, student council, going to games, and helping out at every event that I can.”

What do you think the purpose of Homecoming Court is?

“I believe that [the] purpose of Court is to give recognition to the people who ‘do the most’ at our school, whether that be doing a lot of activities or putting yourself out there in the senior class. It is the chance to show the best representation of what our class has to offer.”

“It means so much more than I can really articulate. I just made an Instagram post on National Coming Out day stating that I am beyond honored to be elected into leadership or recognized positions, like Homecoming Court, while still holding true to myself and not have to conform to some standard or role in order to fit in. I truly cannot thank this community more for the things that they have done for me.”

How different do Homecoming traditions such as Homecoming Court feel now that you are a senior?

“Until the assembly last Friday, it still felt like this tradition that I would get the chance to be apart of one day, and until then, I would just sit in the stands and admire the couples standing up there and see the whole senior class’ faces beaming down at them. Most of the time, it still doesn’t feel real that I am now a part of it or that it is my last one.”

How excited are you about being on Court?

“One could say too excited. I am a huge teen-movie person, and this moment is the epitome of that.”

How well do you know your fellow nominee?

“Susan [Toppen] and I have been close friends since freshman year, so the fact that we are paired together fills me with so much joy. I have nothing but love for her, and would never ask for a better date. I am incredibly honored to be standing by her side through this.”

Are you looking forward to riding in the convertible with your fellow nominee and what do you think you’ll talk about?

“Yes! It is a little nerve-racking to think about everyone seeing us as we ride in the parade and at the football game. I am sure we will talk about how it doesn’t feel real, and how could this be our last homecoming, and how did we end up sitting in a convertible riding in the homecoming parade.”

Is there anyone who wasn’t nominated that you would like to recognize for their greatness?

“Meredith VanSkiver has done more in this community than anyone can see. She is a constant light and rock to the people around her and has leadership abilities with the capacity to change the world.”

Can you make any campaign promises or tell why you would be the kingliest king?

“I don’t plan on campaigning and am satisfied enough with the current nomination I hold. It is a tremendous honor to be standing with the other court members, and whoever wins king and queen will surely deserve it. They all deserve a crown in one way or another.”

Do you have any closing statements?

“Thank you to everyone who stays engaged in the class by voting. It is a longstanding tradition and an amazing way to pick the best representation of our class.”