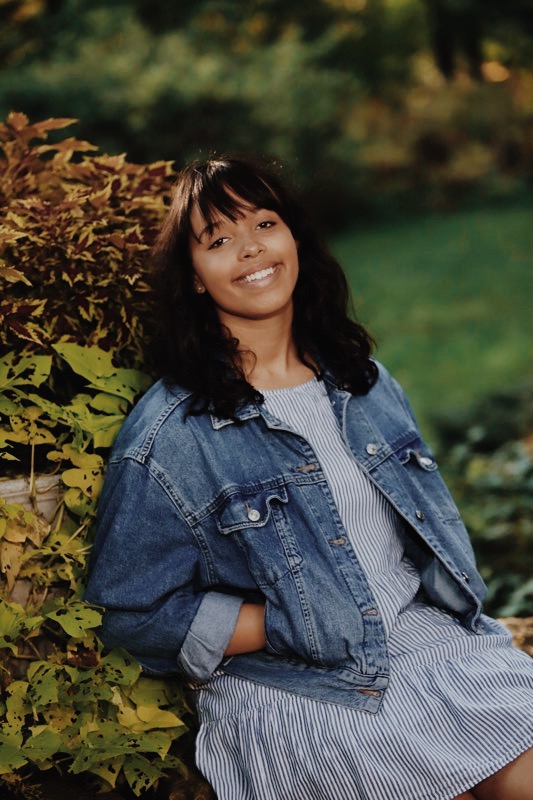 Processed with VSCO with m5 preset

How surprised were you when your name was called at the homecoming assembly?

“I was absolutely shocked because I didn’t think I was going to get on at all. I don’t know; it was all just so surprising because I heard Jenny [Baer]’s name get called, and I heard Meredith [Carpenter]’s name get called, and I was like, ‘oh no, not Jasmine,’ and then I got called next. Everybody around me was cheering, and I kind of just didn’t hear anything and tried to get down there without tripping over too many people. I was very, very shocked. It was an awesome feeling, though.”

How did you react?

“I was shocked, and I was just looking at my friends, and they were like, ‘go! Walk down there, go, go, go!’ I was like, ‘oh, okay, I’m actually getting called to be on Homecoming Court right now,’ so I was kind of out of it. I was like, ‘oh, I need my brain to work. I need to go do this.”

“I don’t know. I feel like I’m very loud and outgoing, and I try to talk to everybody in my grade and be friends with them because I’m a very open person, and I really like talking to people. I feel like I’m really close to a lot of people in my class, and that could have been [why]. I couldn’t tell you actually.”

What do you think the purpose of Homecoming Court is?

“I feel like getting on [Court] is not just about taking pictures and riding in the parade. I feel like [the purpose is] to unify a more specific part of our class. The girls and guys on Court—I’m really close with a lot of them already, and I talk to a lot of them every single day, so it’s just unifying those specific people to make a bigger impact on our class.”

“It means a lot to be on Court because I really didn’t expect it, so it made it even more exciting. As a little ninth grader, I was so excited to live that moment in real life and watch who I thought would be my friends on Court, but instead, it’s me. It also means a lot that my class voted me on with such an amazing group of people, and I am forever grateful for this opportunity.”

How different do Homecoming traditions such as Homecoming Court feel now that you are a senior?

“It’s crazy because I remember being a freshman and being in the volleyball [float at the] parade and looking at the [Homecoming Court] in all their pretty dresses [with] their flowers and their dates, and my goal for my senior year was to branch out and talk to everybody in my grade, and I feel like I did accomplish that. It’s crazy to know that I’m going to be in that convertible riding around the parade and being the one that people are watching.”

Are you excited about being on Court?

“I’m so excited. The girls and I are planning on getting ready together to go get pictures at the school, and we’re really close with the guys. At the Ranger Rumble, we were all really close together and in a group the entire time, just hanging out with each other and getting to know each other better than we already do. I feel like I know most of them very well. I’m still getting to know Jenny [Baer] a little bit, but she’s the sweetest person ever, and I literally love her to death already. She’s such a genuine person and so are Susan [Toppen] and Meredith [Carpenter] and Olivia [Jeong]. All of them are just the best people ever, and I’m so excited to share this with them. And the guys are so outgoing and so loud, and everybody in the grade literally loves them, so I just feel like we have a great group of people on Court. We’re all very, very excited.”

How well do you know your fellow nominee?

“I’ve known [Alexander Hahn] since eighth grade. We’ve been in orchestra together; we took a trip to New York last year for the orchestra, and we were together the entire time. So, I’m very very good friends with him. I think we are two of the most loud, outgoing people in our grade, so it makes sense that we are paired together, but I love that kid. He’s awesome.”

Are you looking forward to riding in the convertible with your fellow nominee and what will you talk about?

“I’m so excited to ride in the convertible with Alexander. We come up with the randomest things to have conversations about, so if we see somebody wearing a purple hat that will probably be a topic of discussion for like twenty minutes. So, it will probably just depend on the day—if it’s cold, if it’s raining. We’ll make it a really fun time.”

Is there anyone who wasn’t nominated that you want to recognize for their greatness?

“Ella Guikema, claps to you girl. Oh my gosh, she’s so amazing, and she came and sat next to me after I was called, and she was like, ‘congratulations,’ and I was like, ‘no, you! I’m in love with you. You’re such a genuine person, and you should’ve gotten this over me. Like, I love you. This was your day, and I still want to share this with you, and I want you to be a part of the things that we do because I know that all of us love you.’ She’s definitely the one person I would say deserved it more than everybody in the entire world.”

Can you make any campaign promises or tell why you would be the queenliest queen?

Do you have any closing statements?

“I would just like to thank everybody in my grade who did vote not only [for] me but everybody who is on the Homecoming Court because we all really appreciate everybody in our grade, and we love the support our entire grade is giving us because we are excited, but we’re also nervous to do a lot of these things and to have these responsibilities and [live] up to the expectations that everybody has for the Homecoming Court. We’re trying our best, and we just want to thank everybody.”