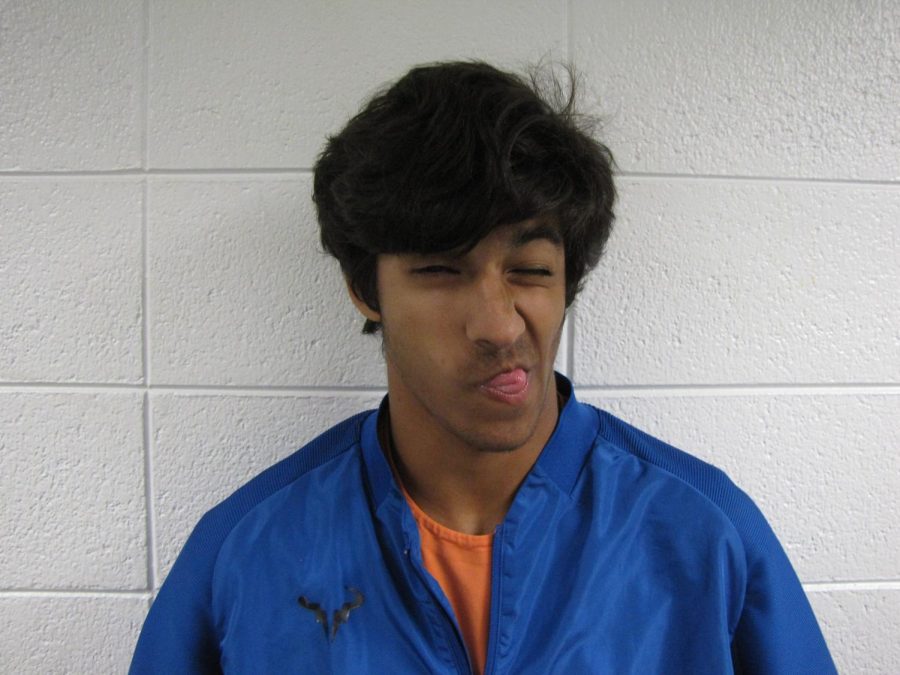 “I was pretty surprised. I didn’t really expect myself to get called. I think that was probably the fastest I’ve ever gotten up out of a chair. My brain froze, but my legs were like, ‘okay, we’re going down now,’ so I just started walking. I was like, ‘I don’t know what’s going on.’ It was fun though.”

“I pretty much like blanked out. I walked down, and I was like, ‘what is going on?’ And as I walked down, I [could] hear my friends next to me were like, ‘yeah!’ It was a good time.”

“I think I do a decent amount of extracurriculars. I have tennis. I have theater. I think I just got a lot of votes from those people. When I look around [at] the other people that got on Court, especially Aaron [Jachim] and Susan [Toppen], they’re in theater, too. So, I think I got loaded in with the same crowd as them.”

“I think [it’s] basically just to be like, ‘hey, you do a lot of stuff, so we’re going to honor you for having all these people decide that you would represent our senior class.’”

“It means a lot. When I see all these other people that I’m on Court with, it’s like, ‘wow, [the senior class] really thinks that I belong with all these super cool people that have all done all these things.’ I think it’s really cool that people think that I can be up there with them. So it’s really nice.”

“They feel so much more tangible. When I was a sophomore, there were some kids from the tennis team [on Court], Connor Genschaw and Jack Ziegler. They were up there, and I was like, ‘wow,’ so I knew them, but I didn’t really know the rest of the people. Last year, Ashlyn Fitch and Sutton Steensma were [on Court], and I was like, ‘yeah, I know them,’ but I didn’t really know everyone else. But, then when I got up there this year, I knew everyone. It’s really cool that I can be able to have that kind of connection with all the people up there, and it feels a lot more similar, and also with the Ranger Rumble, we just started doing that. That was, obviously, a pretty drastic change from the last three years. [Court] never felt like something that I would ever be involved with. I would always see [Court], [and] I’d be like, ‘oh yeah, there’s the Court,’ but now that I’m on it, it seems weird that I’m on it.”

“I am. I mean, it seems cool, but I’m actually going to end up missing a decent amount of it because [Suchir Gupta and I] have tennis States.”

“I know [Jenny Baer] decently well because she plays tennis and so do I. Our names are literally right next to each other in the alphabet. Like I’m AZ, she’s BA, so whenever we do stuff for like the SAT or the PSAT, we’re always right next to each other, so we’d talk sometimes then. We didn’t have any classes before this year though. This year, we just started AP Bio together, and so we started talking a little more than we’ve had [through] lab projects that we have to do together. So, that’s how we started to get to know each other a little more. It’s kinda cool that we get to be like one of the couples because I know her more than I did previously.”

“[If I make it to the parade after States for tennis], it’d be fun. We’d probably talk about how States went earlier that day. We talk about whatever to be quite honest. We both like Friends, the TV show. You never know, [we might talk about] anyone we see in the crowd. I won’t say too much about who we might talk about.”

“Jannis Jacobs, definitely Jannis. Anybody but Cole Kaminski really. He can’t have it.”