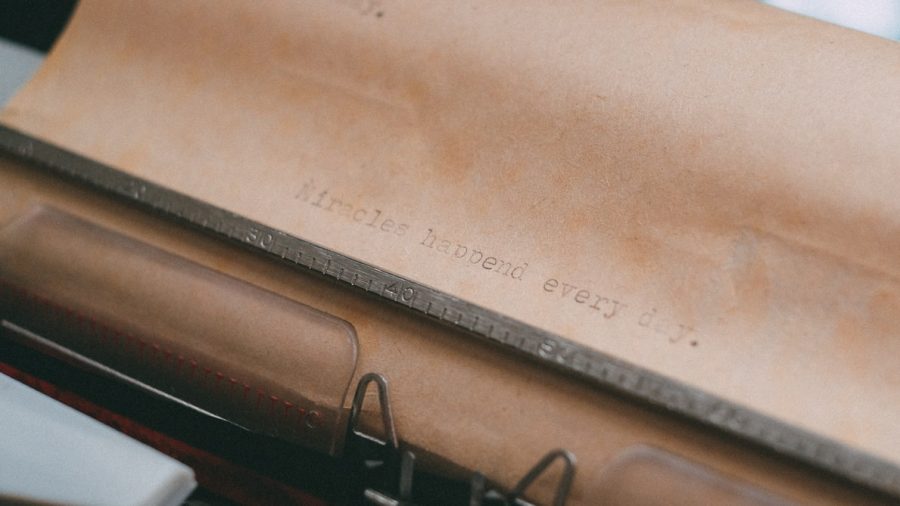 A quick note to the reader:

If at any point in time you are reading this or following this story, I just want to say thank you. At times, I honestly never thought I’d finish it, and I was terrified of that. There are few things less terrifying than a story that needs to be finished but isn’t. And now that I’m finally done, I’m equal parts relieved and sad. I had absolutely no clue where I was going with it when I wrote the first chapter. I came up with the idea very spontaneously and proceeded to write each chapter in the same manner. But, it’s been absolutely amazing to watch this story come to a close in a way I honestly didn’t expect. I’m so grateful for the opportunity to write this story, and again, thank you so very much to anybody reading this.

The hue of the world around me was entirely different than any way I’d ever experienced it. I hadn’t realized when I’d left that it was the last time I would see the world through the lens I always had. But now that I was back, there was something so tangibly different about my perception—something new and more aware.

And finally, the furious storm of worry and questions that seemed to always be filling my mind had reached a sort of calm. I had a conviction—a vivid sureness that I was where I was supposed to be, doing what I was supposed to do.

My childhood bedroom still bore the fractured memories of a version of a story that once was, but the story that was coming to be found its inspiration from the world around it, in exchange, leaving a piece of itself everywhere I’d sat and weaved the words together.

My childhood bedroom still bore the fractured memories of a version of a story that once was, but the story that was coming to be found its inspiration from the world around it, in exchange, leaving a piece of itself everywhere I’d sat and weaved the words together. ”

And with the knowledge of my story’s existence weighing heavily on this new version, I felt the power and responsibility with every word that appeared on the screen as my fingers danced across the keyboard.

Coffee shops with the scent of coffee beans and pastries lingering in the air with the soft chatter of voices. Libraries brimming with stories that seemed to watch breathlessly as another of their own came to life. Wide, open parks, holding a smattering of colorful trees and an endless world of possibilities. My own bedroom as light spilled in through the window and freely occupied the anticipating air. Each of these places was home to a story that finally fit together.

I felt the life of my story, the heavy reality of it. It was ejuvenating and yet overwhelming that my hands and my thoughts could do so much on a glowing computer screen. These words, each plucked from a secreted location, brought together to form flowing sentences.

This story, a masterpiece of my own making. Impossible and yet, as I finally leaned back at my desk, the final words standing boldly on the page, so very real.

I sat in Cathy Price’s office again, weeks later, grasping a copy of the manuscript, my eyes silently begging her to give me a chance. My parents already had in setting up this interview, despite my father’s insistence that it was time to give it up. Now I just needed her to do the same.

“Your father assured me this was something new,” she said, squinting at the screen in front of her. “But this synopsis looks very similar. How is this any different?”

I inhaled and exhaled once, as calmly and evenly as I could manage, before answering. “The way I wrote the story the first time focused primarily on a different main character—the “Chosen One” himself. But I realized the story actually makes more sense from his sister’s perspective. The story is less about him and more about her coping with him letting her down.”

“So the story’s still the same?” She reiterated. Her hesitance made me very nearly nauseous; I needed her to see what I was saying.

There was silence as her eyes scanned the document on her computer screen again. “The first chapter is better. But I’m still not sure. It still doesn’t exactly fit the criteria we’re looking for right now.”

“Ms. Price, please. I understand the problems with the first copy I sent you, but I swear this is different. The viewpoint leaves room for lessons I couldn’t communicate with the first edition, and it truly reinvents the story. I know you’re hesitant, but if you could just read it all the way through, I think you’ll find it’s worth a shot.”

Her reluctance was evident, but she slowly nodded her head. “I can only promise that I’ll read it, beyond that will have to be seen. You’ll receive an email from me once I’ve finished it.”

“Thank you so much, you have no idea how much that means.”

“You’re very welcome. I have to say, I appreciate your perseverance. Not many authors have the gall to completely rewrite their stories. We’ll see if it’s all you made it out to be.”

She smiled brightly at me as I left her office, pure joy and hope running through my veins.

And years later, when I saw my book on shelves—reaching out, begging to be picked up and read—I remembered that moment.

Every time my book contract was renewed, and I sat down, waiting for the words to be found—waiting for them to flow like a waterfall, I remembered Bria’s face. The strength she exuded, the mask she wore over the pain, and the betrayal she’d suffered—and would continue to suffer.

But I never forgot him, and neither did the story. It was through the story that I continued to heal. And every time I wrote Dagan’s character, I felt Aaron’s presence. I knew he was there, watching, smiling. Proud that I had finally discovered who I was and what I was meant to do. Proud that I’d finally stopped dwelling on things I couldn’t change.

He was proud that through it all, I’d finally found my strength.