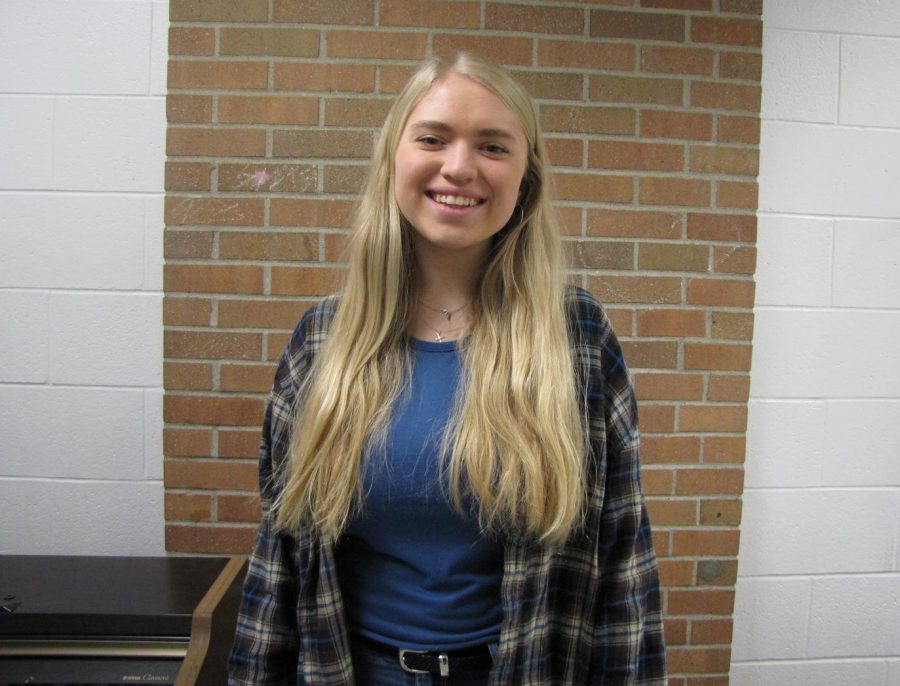 1. Who is the funniest person on the cast and why?

“Deciding who the funniest person on the cast is very difficult due to the amount of laughter and joy we all share. A new person every day makes me laugh, but if I had to choose, I would say that Aaron Jachim is the funniest. We have so many jokes together, and after doing previous shows with him, we have such a great friendship. He never fails to brighten a room.”

2. What is your acting background?

“My acting background is only previous FHC shows. I have been a part of both cast and crew over the past three, and now four, years. My first show was my freshman year musical, Little Shop of Horrors, in which I was an ensemble member. Ever since then, I knew I loved the stage, so I continued auditioning and thanks to our casting team, being a part of FHC shows!”

4. What emotions do you think you’ll feel on opening night as the curtain opens?

“I always feel a nervous excitement. I love performing and entertaining people. It is so humbling knowing that people paid both out of pocket and with their time to come see you. After weeks and weeks put into the show, I imagine on opening night I’ll be ready to display the dedication and hard work I, along with all of my castmates, have put into the show.”

5. What is the most challenging part of playing your role?

“The most challenging aspect of being Mary Warren is staying true to her throughout the show. Mary is on this everlasting ride of making ‘do or die’ decisions, and her actions are primarily based off of emotion, so displaying those emotions through both body language and words is challenging but also incredibly fun.”

“Audiences can expect a show like no other. The raw emotion every member of this cast is putting into their characters is absolutely moving, and I believe this show truly takes you back to the time of chaos and fear during the Salem Witch Trials.”

“I would like to thank the casting team for allowing me to be a part of this beautiful, moving show, and the cast and crew for making this such a wonderful final Fall Play. I would also like to thank my family and friends for their endless love and support.”