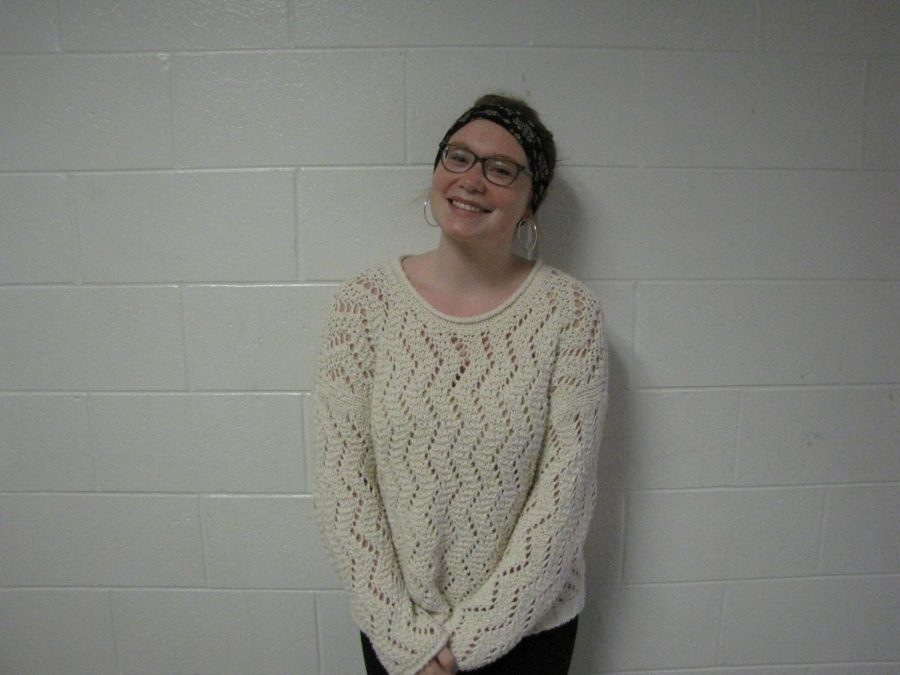 “The part that makes me the most nervous is probably that it’s a live performance. There’s no room for us to make mistakes, which is why we practice and practice and practice. Something inevitably goes wrong, but by practicing so much, we know how to save it and keep going, which I think is also pretty cool.”

“I only have around 30 lines. Not nearly as many as some of the other cast members, so I can’t really say that it was difficult to memorize my lines, but it definitely took some work. Even now, when we all know our lines forward and backward, we still run them together just to be as solid as possible.”

“My character is Mrs. Ann Putnam. Simply put, she’s the village’s local wacko. *cough cough type-casting cough* Honestly, Ann and I are pretty different, but she has a wild side that is really fun to tap into and portray on stage. She’s an interesting bean.”

4. How important is the crew to the success of the play?

“We would not be able to put on the show without the crew. It’s as simple as that. They are the ones who make us look good. They do so much to make this show really high quality and not like every other high school play. They work so hard and are very very much appreciated.”

“I was in Peter Pan my sophomore year, Joseph my junior year, and Shrek (summer stock) the summer before my junior year. All of the shows I’ve done have been incredibly fun and have taught me so much as a performer. “

“Funniest person on the cast? That’s a tough one. There are so many. Susan Toppen, Linus Ka— (I don’t know how to spell his last name but I love him nonetheless), Ben Lowen, Aaron Jachim, Meredith Vanskiver, I could go on and on. Basically, everyone has something to offer that will undoubtedly get everyone rolling.”

“As opening night approaches, I would like to thank Demeester, Ashley Kooistra, Mr. Curtis, and the whole crew for making us look good on stage. I want to thank the whole cast for becoming another family and for keeping me sane while letting me be insane. And of course, my family, friends, teachers, and mentors for helping and supporting not only me but the whole cast (soft, I know). I know that we’re going to have a great show, and it is possible because of all of these great people.”