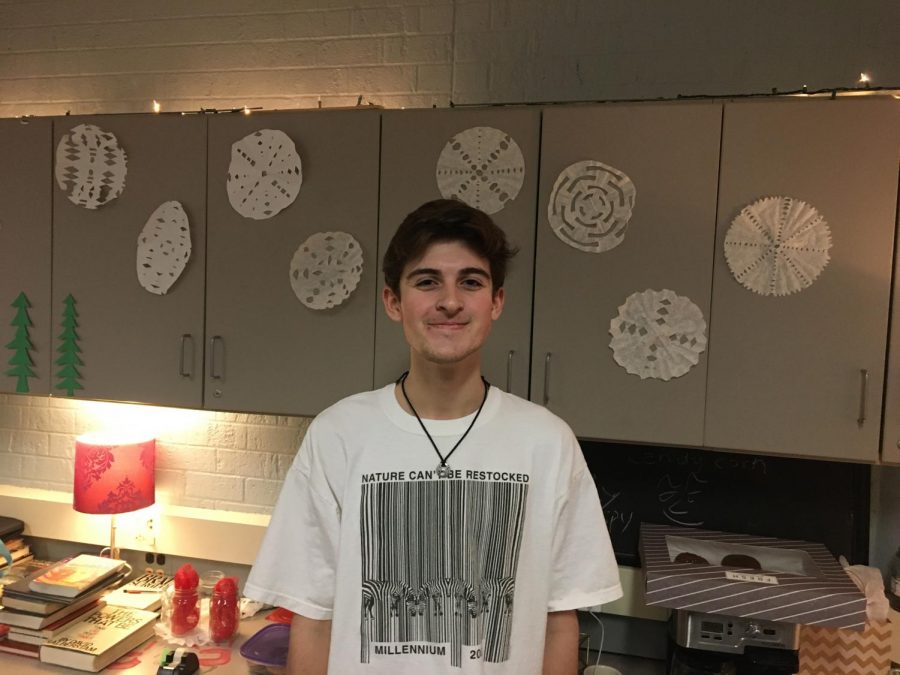 I celebrate Christmas connected to Catholicism. Each year, my family on my mom’s side plays White Elephant. It’s just a game where everyone wraps a gift—it’s usually a pretty funny gift; It could be inappropriate or have an innuendo in it, and it’s not supposed to be that good or anything. So, you just put [a gift] in the middle, and everyone gets a number, and then, you all basically end up drawing a gift by the end of it.

Each year, there has always been a gold leaf—I don’t even know what it is—it’s like a metal ship that was my grandpa’s. He had it before he died, and then he died, and it randomly got put into our gifts, so it’s been circulating for like four or five years now. We keep a card on the back of it of who has had it for each year. It’s just a funny little thing that we do each year when we put it in. I think my family had it last year, but it’ll go to someone else this year. I don’t even know the best [white elephant] gift I’ve received. Sometimes, there are some really great mugs in there. I love a good mug.