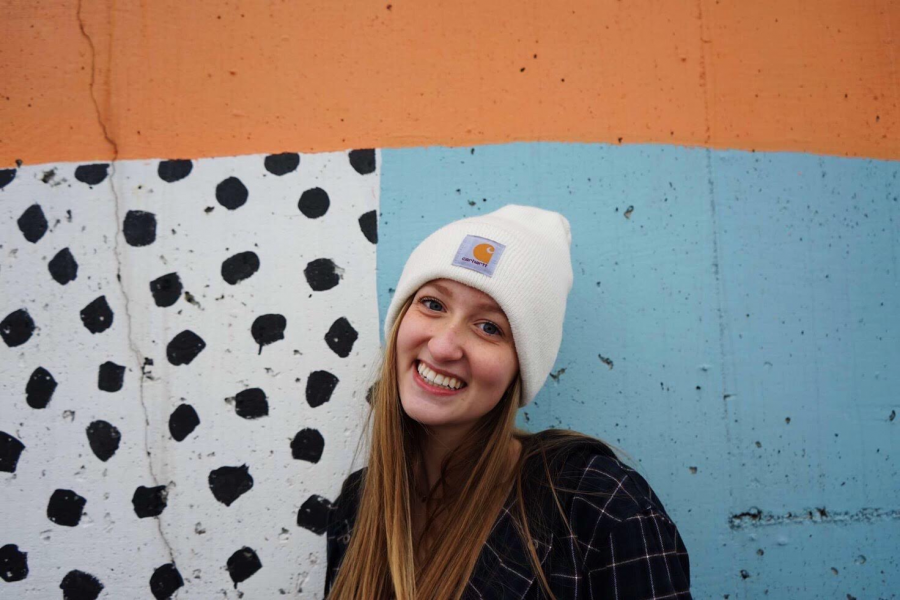 1. How did you get into improv? Why did you decide to try out?

“I got into improv because, as I have watched the shows the last couple [of] years, it has looked like so much fun!! I decided to try out pretty impulsively, but I am super glad I did it. It has made my summer [a] ton of fun.”

2. What is your favorite improv game? Give us an example.

“My favorite improv game is probably Bachelor. That one is where three people get the audience to tell them to be something, and it could be anything from the person being a lawnmower to a person who is obsessed with toes. Then one person has to guess what the three contestants are by asking first date-type questions. I love playing one of the contestants because you just never know what weird stuff the audience will come up with.”

“I remember one time I was playing ‘New Choice’ with Benji Zorn, and we were playing the parts of [principal Steve] Passinault and a student. I, the student, was called into Benji’s, Passinault’s, office, and he asked me to take a seat in the chair. Then [senior] Ben [Lowen] called “New Choice!”, so Benji asked me to lay down on the couch, and it was so awkward and hilarious. I could not stop laughing, so Ben just called the scene there.”

4. What US landmark speaks to your soul?

“I feel like Mt. Rushmore speaks to my soul because it is so random and huge and kind of weird, and I don’t really understand why it’s there, but I think it’s hilarious.”

“Kids chicken tenders because I get a free scoop with them. I change my scoop order every time.”

“The best FHC bathroom is the one in the art hall because you are the least likely to run into someone there.”

7. Give us your best car salesman pitch for improv?

“Hey! Come over here and look at our branddddd newwwww carrrrr! It has all types of crazy features that resemble a tesla such as driving itself and opening the doors for you! However, it is the price of your grandpa’s old Acura! How cool! Get inside! Oh no, don’t worry about it not having seat belts; of course, it’s safe! Completely legal! (People will believe anything you say if you’re wearing fancy clothes and a name tag).”

**$5 General admission tickets available through Venmo (@FHCTheatre). Only 79 patrons permitted per performance; the ticket process will work on a first-come, first-served basis. When purchasing tickets through Venmo, the show time and number of tickets must be listed in the notes section. Remaining tickets will be sold at the door. Tickets are general seating, and audience members must bring their own chairs or blankets.**