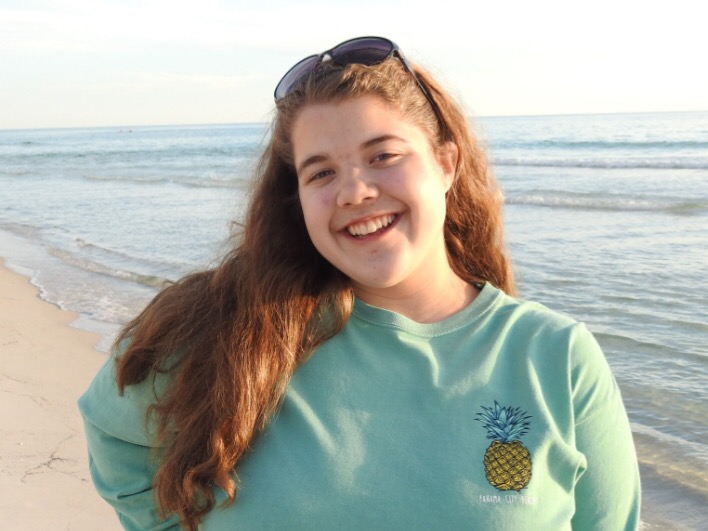 Roles: The Enchantress, Witch 1, and the Devil’s Grandmother

“That’s a good question because I don’t really know. [The Enchantress] is really sassy, and she really likes to make an entrance, so I feel like that’s a side of me that I don’t get to show very often. [Witch 1] is very evil, and she’s just super fun to play. The Devil’s Grandmother is kind of like the personalities of [both of] my grandmas combined, so I use them as inspiration for how I play the character.”

“Probably doing different voices because I’m terrible at accents, but I’m trying my best, and I think I’ve improved a lot since the first rehearsal.”

“It’s hard to say one favorite thing, but I think what I’ve enjoyed the most is getting to know everyone in the cast and our directors because not only is everyone super talented, but they also have amazing personalities that just make them super fun to be around.”

“My favorite is probably the ending of Cinderella because there are so many hilarious moments, and I can’t stop laughing backstage.”

“I never expected to be in the play, like going into high school, but, now that I am, I am so incredibly grateful, and I think it’s really influenced my hidden passion for acting. And it makes me want to try and pursue more of it later on in high school.”

“I think the most surprising thing is just how quickly we’ve put everything together and how awesome it looks with such a small cast–I think it looks awesome–and how I’ve seen everything so many times but I still think it’s so funny, even after I’ve watched it a ton.”

“I think they should be excited about all of the different characters that we are going to play in such a short amount of time and how much they are going to be cracking up laughing because of the jokes in the script and the acting that everyone does.”