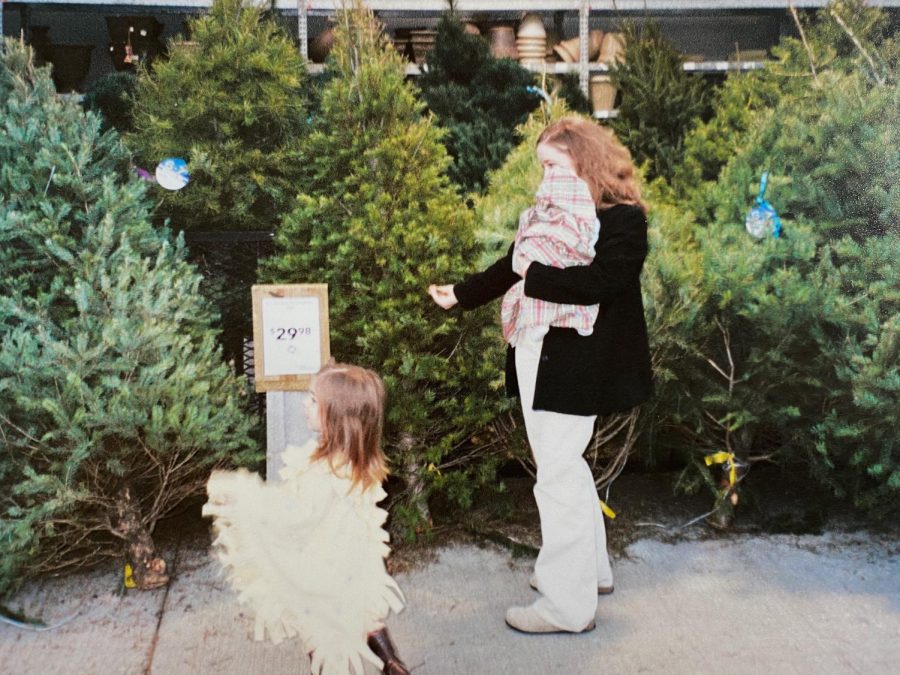 Photo credit to my father

It was November 27 this year—my probable favorite day of the year, the day after Thanksgiving, Black Friday but more importantly “Christmas Tree Day.”

When I was younger and the world was still black and white—when everything fit inside the lines and I was still trying to impose my rigid structures on the bubble of life around me–was when Christmas really started.

It was when our relic of a radio would begin to play my mom’s Christmas CDs and the boxes of always accumulating ornaments would be dragged up from the basement. The nativity set was unboxed, the candy canes methodically hung from the tree branches, the tacos were assembled, and the The Muppet Christmas Carol would play out on the small TV screen.

Even as it evolved, Christmas Tree Day never lost its intrinsic feeling of magic and memory.

But this year, it was only a memory, devoid of the magic.

The fundamental pieces remained the same, but they failed to coalesce into anything more than that.

I desperately wanted to resurrect this day, for my words to render it in luminous, radiating shades of joy.

But for better or for worse, I can’t write something I’m not feeling. And I couldn’t bring myself to paint a different picture, to ignore that this year, November 27 was not my favorite day.

Nothing is quite the same this year; I’m not myself, and the world is not how I have known it.

I’m done trying to manufacture things that aren’t meant to exist, done trying to manipulate the reality that’s screaming softly at me. I’ve tried that, and it only hurts more, only left me emptier, only shredded my remaining semblance of control.

So this year, my Christmas lights still aren’t up, and my favorite traditions are the ones that I don’t have to control.

When I get in my car, 105.7 is still playing Christmas music. It’s the first sound I hear, jarringly loud from listening to my Spotify previously, but it’s okay because it’s Christmas music.

And the sidewalks and stores are still prematurely festive, from November 1 to the New Year, wearing garlands of evergreen and snowflakes on lampposts.

And I still hear, “I think it’s snowing,” across the room as my marker traces the wings of a butterfly, in the Ellis Parking lot as Jessie and I venture out for boba tea—masked up, of course—when I come up stairs in the morning solely for my cup of coffee.

The world is still spinning, and Christmas is still happening, and it’s okay that it’s not the same. I’m happier knowing it doesn’t have to be the same.

I’m happier knowing I’m not quite as important as I often consider myself to be, and that the state of my Christmas lights doesn’t affect the occurrence of Christmas itself.