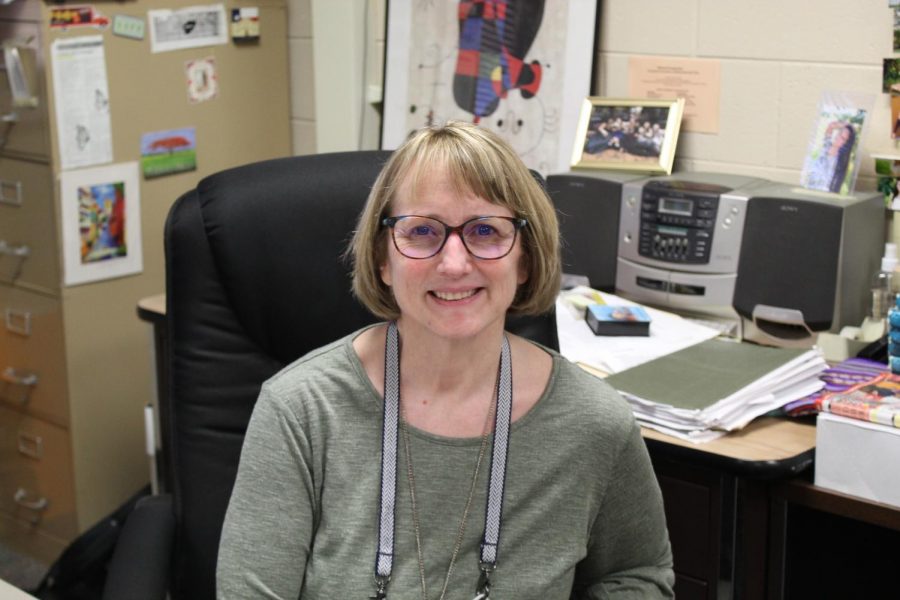 “As far as my career goes, I am very excited about the fact that every one of my students that has taken the AP Spanish exam has passed it. Personally, I am very proud of my educational attainment, the fact that I could purchase my first home as a single female, and that my husband and I have raised a strong, independent daughter who knows she can do anything she attempts.”

“I love to travel and have been to most of the states [in the US] and several countries. Seeing the Grand Canyon, going on a whale watch, [and] getting to visit Cuba during Fidel Castro’s reign were all exciting. I also love when my students tell me about their experiences when they could use their Spanish outside of class.”

“There are several. My mother was very independent and extremely creative. My daughter has a work ethic and drive like no one else I have ever seen. I have great respect for the poise of women like Michelle Obama. I am also inspired by the women who are fighting for equality in sports, whether it be equal pay or equal training resources.”

“I think women need to know they are never alone when it comes to whatever life throws at you. It is easy to fall into the shame, embarrassment, or other belittling traps out there. The best thing a woman can do is support other women through their trials and their triumphs. While we all experience difficult times, each woman has invincible moments!”

“I think ‘high school me’ would not be surprised that I have a successful career because I had a plan from 9th grade and wasn’t going to stop until it was completed. Technically, I have been ‘in school’ since I was 5 years old, so I know I was on the right path! I also think ‘high school me’ would be proud of the fact that those teenage moments of insecurity actually proved that I can overcome temporary feelings and be confident in who I am.”

“I have been very fortunate. I was raised to never feel disadvantaged because of my gender. To be honest, I feel that, as a woman, I am much more capable and strong than many men I have seen. Women are extreme multi-taskers! As far as overcoming basic stereotypes, I have demanded to watch a mechanic, who assumed this female knows nothing about cars, while he fixed mine, as to not be overcharged or taken advantage of or convinced that something needs to be replaced that really doesn’t. I also refused to use the word ‘obey’ that was traditional in wedding ceremonies in my husband’s faith at the time. My husband knew very well that that vow was never going to happen!!”